ICYMI Opinion| From what I can tell, this ‘uprising’ is anything but organic.  We have not seen this kind of violent rebellion and force used against police and federal officers, local government buildings and federal buildings, combined with this meme in society that hating and hurting the police is ‘cool’, in the very least, in my lifetime.

The fabric of society appears to be coming undone … that is if you watch TV, or live in a leftist run city. Those of us lucky … or smart enough to live in the sticks have not seen any difference in race relations, everyone out here in the country gets along great.

In some of the Democrat run cities things are a tiiiiiiny bit different. Take Portland for example, they are on day 60 something of a sustained nightly ‘protest’ … that is if you call this a ‘protest’:

Democrat Ralph Nadler says to @fleccas it’s a “myth” that violence & fires are happening in Portland.

Apparently the Penguin does … errr, Jerry Nadler does.

‘It looks like LAPD officers have had enough of the violence.

Police officers confronted a female protester standing in the middle of a street when a man rushed in out of no where and tackled an officer, knocking him to the ground.

Officers immediately rushed in with batons to subdue the man who assaulted the officer.

A few females tried to attack the police officers and they ended up getting tossed like rag dolls.’

Violent clashes broke out among police and demonstrators in downtown L.A. amid protests at City Hall and the Federal Buildinghttps://t.co/cjk4nrJNEu pic.twitter.com/jFzgu8T62a

This is one of those no win situations where ‘female privilege’ comes into play and there is no winning for any males involved. These guys have a few options, let these ‘ladies’ assault them and treat them with kid gloves and possibly get injured, or treat them like you would anyone else who was trying to assault the police and regulate.

Not a decision I would want to have to make, that’s for sure. 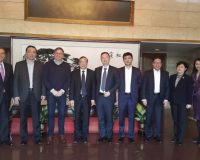 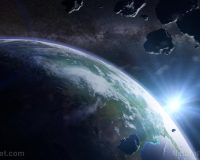