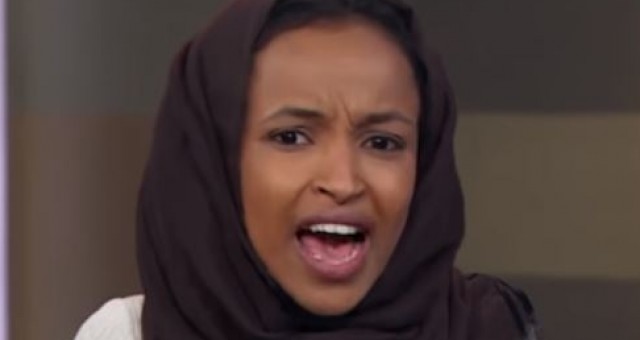 Opinion| We are currently witnessing one of the most divisive, entitled, stuck up, ungrateful and corrupt members of Congress collapsing in on herself and going ‘supernova’.

Ilham Omar is one of a kind. She is the 37 year old, Somali refugee, who is currently serving the 5th district of Minnesota. Now, you would think that a young woman who the United States took in after her country collapsed into a war torn ****hole, who later went on to become a member of Congress, would be thrilled to be an American, and would be eternally grateful for the opportunity our country has provided her.

You would also think that a woman who (allegedly) married her brother to cheat the US immigration law, cheated on her husband (not the one who is her brother … allegedly) with a staffer, and funneled hundreds of thousands of dollars to her illicit lover’s firm, from her campaign funds would be trying to keep a low profile.

Again, you would be wrong.

Why she is able to get away with all this is beyond me.

Recently the embattled Congresswoman who has made a career out of crapping on America and deriding our nation as a racist empire build on the back of minorities has set her sights on the Supreme Court.

‘Rep. Ilhan Omar, D-MN, took to Twitter Wednesday with some very accusatory Tweets. She suggested two SCOTUS Judges of being “accused sexual predators” and then stated that abortion was a Constitutional right.

“Two accused sexual predators should not be deciding whether or not women have access to healthcare in this country,” she said. She is allegedly referring to unproven and false claims against Justices Brett Kavanaugh and Clarence Thomas. Her statements were met with backlash from people around the country.’

Two accused sexual predators should not be deciding whether or not women have access to healthcare in this country. https://t.co/okJE85pwoN

It’s funny how she is so willing to run with baseless allegations against Supreme Court justices, while deflecting the evidence that she committed immigration crimes.

She also seems to not have read the US Constitution:

Abortion is a Constitutional right

Trump Tweets Video of Crying MN Business Owner Who Lost It All to Looters: “I worked so hard to get here…So hard”