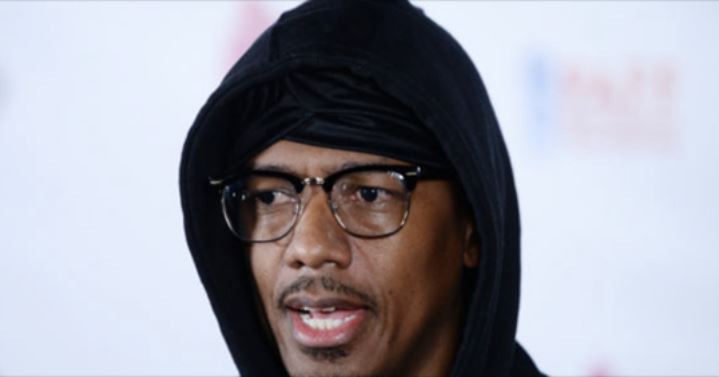 Opinion| Nick Canon was just canned by ViacomCBS, after making some pretty astounding and absurdly ignorant and racist statements.  I am yet to hear anyone slap Nick with the ‘Black Nationalist’ label yet, but you can be sure if someone made these statements in the inverse, they would surely be called a ‘White Nationalist’ … even if stated by a ‘black person.’

Cannon made the absurd assertions directed at white and Jewish people, stating that … “they’re the ones closer to animals” and that they are the “true savages.”

“That’s the melanin that connects us, so the people that don’t have it are — and I’m going to say this carefully — are a little less.

They have to rob, steal, rape, kill, and fight in order to survive. So these people who didn’t have what we have, and when I say ‘we,’ I speak of the melanated people, they had to be savages, they had to be barbaric because they’re in these Nordic mountains, they’re in these rough torrential environments, so they’re acting as animals, so they’re the ones closer to animals, they’re the ones that are actually the true savages.”

Nick Cannon says white people are "a little less," "closer to animals," "the true savages," "acting out of a deficiency so the only way they can act is evil." When does he get canceled? pic.twitter.com/vK3TBDW9i8

Anyone who knows me knows that I have no hate in my heart nor malice intentions. I do not condone hate speech nor the…

Cannon should not be kicked off Twitter or Facebook or other ‘public forums’, rather private corps and individuals should be the ones who choose to either hold him accountable, or decide that they are ok with what he said, or perhaps agree with it.

As a ‘white’ and ‘Jewish’ person I am emphatic that Nick Canon should NOT be ‘cancelled.’ We should try to engage him in dialogue and help him see that making decisions about people based on the color of their skin or heritage is foolish and wrong.

The irony of the whole situation is that Nick claims that he denounces hate speech … I guess we know the truth about that now, he just doesn’t like it when it is directed at him.

ViacomCBS issued a statement, responding to Cannon’s unhinged rant, suggesting that his deal with the mega corporation was being terminated:

“ViacomCBS condemns bigotry of any kind and we categorically denounce all forms of anti-Semitism. We have spoken to Nick Cannon about an episode of his podcast Cannon’s Class on YouTube, which promoted hateful speech and spread anti-Semitic conspiracy theories. While we support ongoing education and dialogue in the fight against bigotry, we are deeply troubled that Nick has failed to acknowledge or apologize for perpetuating anti-Semitism, and we are terminating our relationship with him. We are committed to doing better in our response to incidents of anti-Semitism, racism, and bigotry. ViacomCBS will have further announcements on our efforts to combat hate of all kinds.”

I have to say, I would not want my company represent by someone who made statements like this … or ones that were 180 degrees the opposite, speaking about large amount of melanin the way Cannon talked about smaller amounts.

Right Wing Tribune Is Proud To Be Listed As # 15 On The Top 40 Conservative Political Blogs!

11 Of The Most Memorable Acts Of Civil Disobedience In History
January 17th, 2021 Sons of Liberty Media

If The Capitol Attack Was Preplanned, It Could NOT Have Been Incited By President Trump
January 17th, 2021 The Lid

Did Manchin forget Dems who challenged votes in 3 presidential outcomes over the last 20 years?
January 17th, 2021 The Real Side With Joe Messina

COVID-19 vaccine reactions being blamed on PEG, but could it be the body responding to mRNA transhumanist genetic reprogramming?
January 17th, 2021 DC Clothesline
Follow Me On Twitter!
Follow @DinoPorrazzo