While this article was written over a year ago we felt that the message is extremely relevant in light of the current events that we are dealing with here in America. We hope you find this interesting and informative. America is divided unlike ever before and it is our duty to see to it that the radical left does not succeed in destroying our great nation. God Bless each and everyone of you.

By Steve Straub at The Federalist Papers
Nike just announced that former 49ers quarterback Colin Kaepernick will be the face of its 30th anniversary “Just Do It” campaign.

The most brutal response to the new campaign, comes from Taya Kyle, widow of American Sniper Chris Kyle:

Chris Kyle served as a Navy SEAL sniper during multiple tours in Iraq and was awarded a Silver Star and four Bronze Star Medals.

Kyle was tragically killed by a mentally ill man he was mentoring in 2013.

Taya Kyle now raises their two children in Texas and runs a foundation in her husband’s name.

Kyle took to Facebook to level a brutal critique of Nike and their decision to promote a player who has regularly disrespected the American flag.

“Sacrificing what exactly? A career?” Kyle asks in her viral post, “At best, that is all Colin sacrificed … some money, and it’s debatable if he really lost his career over it.” 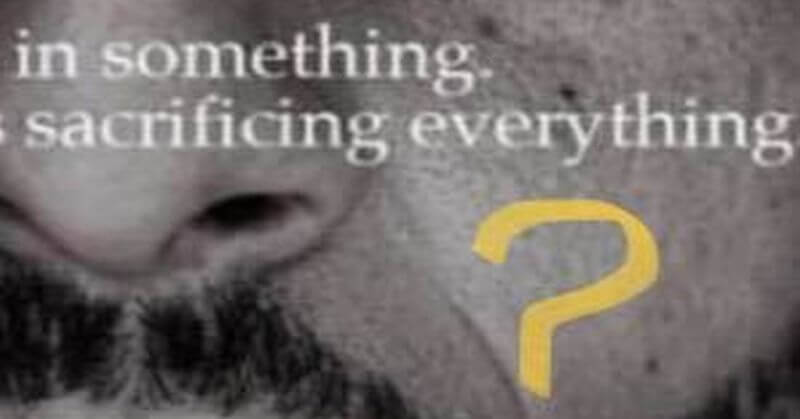 Nike, I love your gear, but you exhaust my spirit on this one. Your new ad with Colin Kapernick, I get the message, but that sacrificing everything thing…. It just doesn’t play out here. Sacrificing what exactly? A career? I’ve done that both times I chose to stay home and be with my kids instead of continuing my business climb… and it wasn’t sacrificing everything. It was sacrificing one career and some money and it was because of what I believe in and more importantly, who I believe in.

At best, that is all Colin sacrificed… some money and it’s debatable if he really lost his career over it. Maybe he sacrificed the respect of some people while he gained the respect of others. Or maybe he used one career to springboard himself into a different career when the first was waning. I don’t know. What I do know is, he gained popularity and magazine covers he likely wouldn’t have gotten without getting on his knees or as you say, “believing in something.” I’m also thinking the irony is that while I am not privy to the numbers, it’s likely he gained a lucrative Nike contract. So yeah… that whole “sacrificing everything” is insulting to those who really have sacrificed everything.

Did you get us talking? Yeah, you did. But, your brand recognition was strong enough. Did you teach the next generation of consumers about true grit? Not that I can see.

Taking a stand, or rather a knee, against the flag which has covered the caskets of so many who actually did sacrifice everything for something they believe in, that we all believe in? Well, the irony of your ad..it almost leaves me speechless. Were you trying to be insulting?

Maybe you are banking on the fact we won’t take the time to see your lack of judgement in using words that just don’t fit. Maybe you are also banking on us not seeing Nike as kneeling before the flag. Or maybe you want us to see you exactly that way. I don’t know. All I know is, I was actually in the market for some new kicks and at least for now, I’ve never been more grateful for Under Armour. 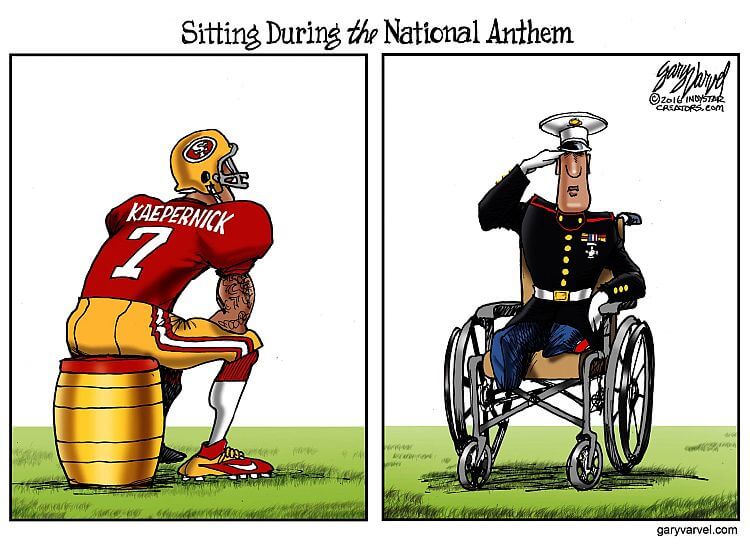 Colin Kaepernick doesn’t understand what real sacrifice, in service to your country, really is.

WE WANT TO THANK OUR GOOD FRIENDS AT THE FEDERALIST PAPERS FOR ALLOWING US TO PUBLISH THIS ARTICLE IN IT’S ENTIRETY!

We can not tolerate this assault on our American values for much longer.

Are you prepared to fight for your rights?