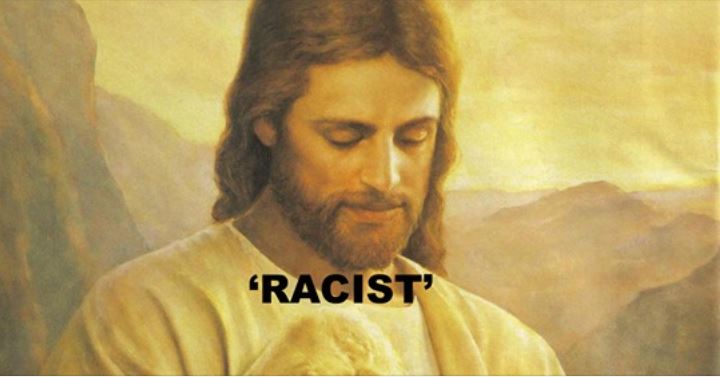 OPINION BY Mark Sidney | I don’t know if you read the article I wrote the other day where I included a tweet from ‘race activist’/journalist Shaun King. In the piece I noted that it was likely the first time I included one of his tweets in an article for the purpose of agreeing with it.

Fast forward to less than a week later aaaaaaaaand, here we are, quoting King again, but this time …. not so much out of agreement, in fact, quite the opposite.

We all knew this ‘cancel culture’ was not going to end well, however, I doubt that I am the only one who did not think we would go from Confederate Generals to …. ‘White Jesus’ so quickly!

It was troubling enough when statues of Washington and Jefferson were defaced and/or toppled, but this, I believe is going to be met with a totally different attitude by most people.

Now, shortly after noon today, Shaun King went for, what in my estimation, is the ultimate goal of this whole movement, Jesus’ head:

“Yes, I think the statues of the white European they claim is Jesus should also come down. They are a form of white supremacy. Always have been. In the Bible, when the family of Jesus wanted to hide, and blend in, guess where they went? EGYPT! Not Denmark. Tear them down.”

“Yes. All murals and stained glass windows of white Jesus, and his European mother, and their white friends should also come down. They are a gross form white supremacy. Created as tools of oppression. Racist propaganda. They should all come down.”

All murals and stained glass windows of white Jesus, and his European mother, and their white friends should also come down.

They are a gross form white supremacy.

They should all come down.

So, I suppose this means these are now racist:

The Pieta – Mary holding Jesus Sculpture is a photograph by James Schultz which was uploaded on June 21st, 2017.

Why do I have a feeling that the Pope is going to tear the entire Vatican to the ground in order to virtue signal to his communist buddies?

I think it is time we all step back and take a breath, this is getting out of control. I have a sneaking suspicion that the ‘protesters’ were a little too ambitious with this one.

Call me crazy, but I have a sneaking suspicion that coming for the savior, is not going to be as easy as they may think.

This article originally appeared at M. SIDNEY MEDIA and was republished with permission.

Some additions were made.