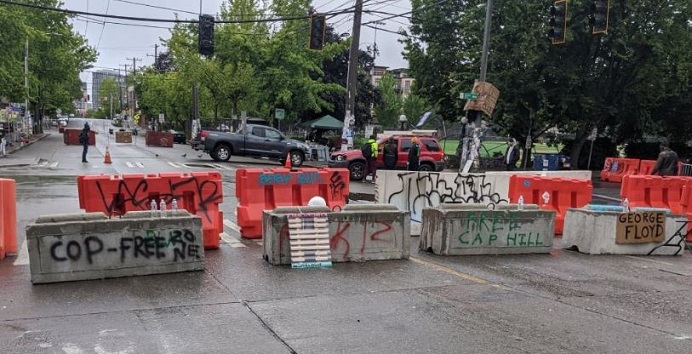 Opinion| The establishment must really be scared of President Trump if they are willing to completely destroy their credibility, day after day, manufactured crisis after manufactured crisis, just to try and remove him from power.

We have gone through the list before, but to recap the highlights … there was the:

‘Russia ‘hacked’ the election, then Russian Collusion, which lead to …

The Muller Report and 4 other Congressional investigations, then …

The Ukrainian phone call which lead to the dismissed impeachment fiasco, then …

All of a sudden, weeks later, a pandemic swept the nation (we can chalk this one us to ‘coincidence’,) then …

Nationwide, and if you believe the media, global, race/class riots over the murder of George Floyd by a deranged Minneapolis police officer.

Trump has been blamed for each and everyone of these events, despite most of them having already been proven to be BS, and the others not of his doing.

Of course, this article is just my opinion, so take it with a gain of salt, but it sure seems to me like the people who really control society are doing everything they possibly can to remove Trump.

They know the strongest economy in recent history, which Trump hangs his hat on (rightfully so), must be crippled in order for his re-election to be foiled.

If you ask me, Trump’s second leg of his Presidency is ‘law and order.’

It sure seems like there is a concerted effort to undermine the law and order in our nation, and what a coincidence that this is occurring right before the 2020 election! Who could have guessed?!

Anyway, down here in sunny and free, Florida, not much has changed, people do not seem to be buying into the fear mongering on the TV, nor the idea that there is some gigantic, incurable, racial divide in America.

However, apparently this is not true in some Democrat run states and cities.

According to the Gateway Pundit, and renowned reporter and fearless journalist, Andy Ngo, part of Seattle, Washington has actually fallen to, if true, what I can only perceive to be, domestic terrorists.

The 2nd Battle of Seattle has begun

This is your future with no police.

Democrats want to defund the police.
But don’t worry Antifa will defend you — for a price. 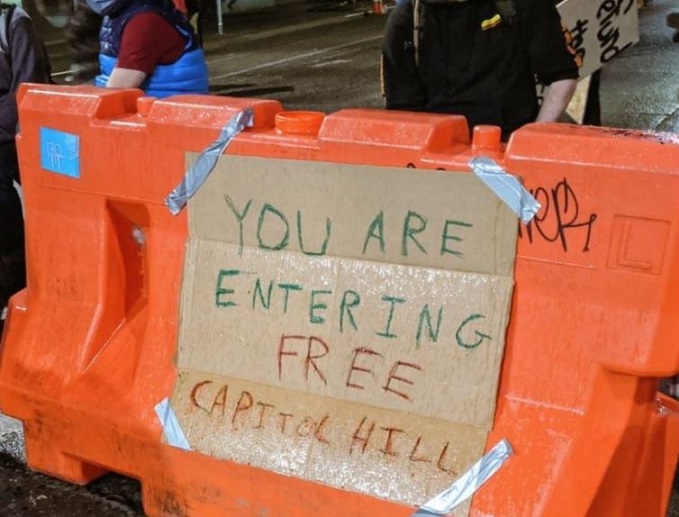 The antifa terrorists are advocating for “folks with firearms” to take shifts defending the barricades.’

Now, these are initial reports, so let’s see how this develops but the images and reports are compelling enough to report on.

The famous and fearless reporter Andy Ngo reported on this story this morning on Twitter.

Seattle @MayorJenny is allowing a dangerous situation to fester. #Antifa militants have taken over & created an “autonomous zone” in city w/their own rules. Police precinct abandoned. Antifa set up barricades to create a border. Calling for volunteers to provide armed guard. pic.twitter.com/ksQI4NI5kP

up way early cus of fire alarm – so decided to check our Free Capitol Hill pic.twitter.com/R5Rcw5VQ8Z

The Mayor and Gov. Jay Inslee are allowing anarchists to establish "Capitol Hill Free Zone." I think this is abhorrent.

When the local government fails to act, by calling out their NG it is the responsibility of the federal government to step in.

I have to say, I sure am glad that I do not live in a city these days.

While I think the Dems and the recent events may have had Trump on the ropes early on.

However, then, as always, the Dems just took everything too far and have embarrassed themselves with their over the top pandering and shameless virtue signaling. 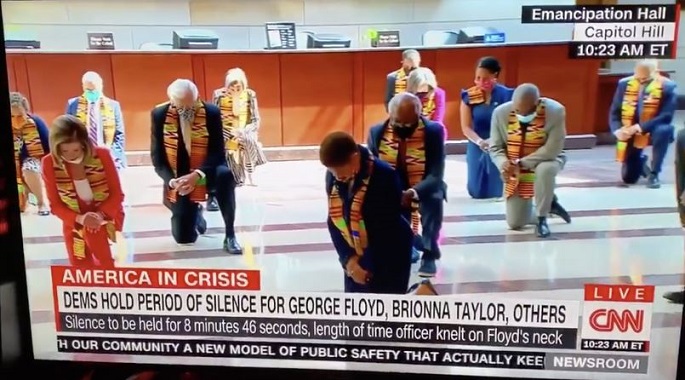 Trump Warns He Will Take Back Seattle From ‘Ugly Anarchists’ If Mayor, Governor Don’t Act

2021 and the power and scope of revelation
January 16th, 2021 Liberty Unyielding

If The High Number Of Frontline Health Workers Rejecting The Vaccine Does Not Tell You The Truth Of The Matter, Nothing Will!
January 16th, 2021 Sons of Liberty Media