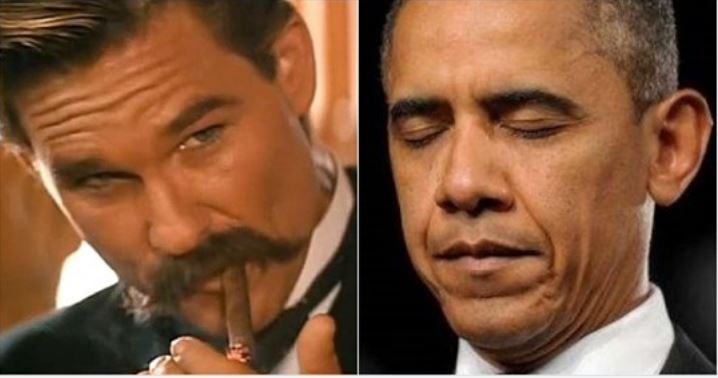 Far too often we see liberal Hollywood stars in support of gun laws but not legendary actor Kurt Russell. In a recent interview with Hollywood Elsewhere reporter Jeffery Wells, Russell drops a ton of truth bombs that are guaranteed to drive liberals crazy.

Wells starts off saying that guns are something that “disenfranchised white guys need…it makes them feel good about themselves.” Russell disagreed.

Russell fired back saying, “If you think gun control is going to change the terrorists’ point of view, I think you’re, like, out of your mind. I think anybody [who says that] is. I think it’s absolutely insane.”

“The problem, the problem that we’re having right now to turn it around…you may think you’ve got me worried about you’re gonna do? Dude, you’re about to find out what I’m gonna do, and that’s gonna worry you a lot more,” he continued.

“And that‘s what we need. That will change the concept of gun culture, as you call it, to something [like] reality. Which is, if I’m a hockey team and I’ve got some guy bearing down on me as a goal tender, I’m not concerned about what he’s gonna do — I’m gonna make him concerned about what I’m gonna do to stop him. That’s when things change.”

Arguing back, Wells said, “Obama’s point was that the guys on the no-fly list, [there] for good reason because of terrorist connections or suspicions…they can get hold of a gun pretty easily.”

The interviewer noted that the San Bernardino killers didn’t use a car to murder the Americans.

Russell fired back again saying, “But they’ve killed others that way, haven’t they? Yeah, yeah. Whaddaya gonna do? Outlaw everything? That isn’t the answer.”

Needless to say, that interview didn’t quite go as planned.

Kurt Russell is absolutely spot on in my opinion! Tighter regulations are taking away the right to own guns, period. Why don’t these people understand that in a free society whenever a law or regulation is imposed, that means another part of FREE SOCIETY is diminished. The same people advocating GUN CONTROL have no problem with letting scumbags out of the prisons for flooding our nation with hundreds of thousands of “refugees” whom they have no idea how many are here to cause harm to our people.

There should be a special hotline for libtards, where the responders are only packing sunshine and unicorns in their fanny packs instead of a firearm. We wouldn’t want anyone with a firearm scaring them now would we? These people will one day look around and wish someone was there to save you from the evils of this world that you seem to don’t exist.

Our founding fathers were right about many things, and they wrote the second amendment to ensure that we, as a nation, would never need to worry about the defense of our home. Wake up people, we are systematically having our constitutional rights taken away, because the actions of people that are, in many cases, not even Americans! This should be unacceptable in all of our eyes, that’s just commonsense. Sadly though, very few liberals have ever been accused of having this trait.

Another Obama Scandal Explodes, $21 MILLION In Illegal Contributions To His 2012 Campaign, Rapper Charged