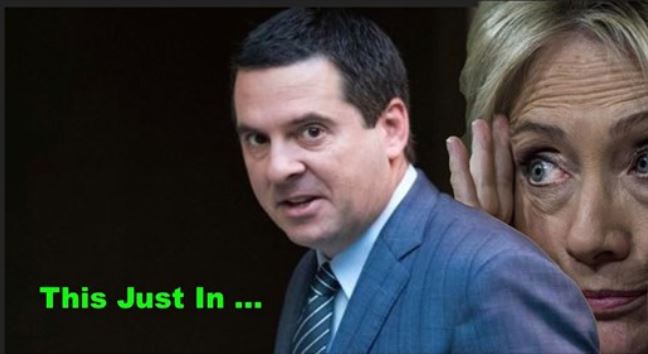 Speculation, Analysis and OPINION From Our One And Only Elder Patriot – Washington loves investigations because nothing ever comes of them.

They’re a way of throwing red meat at constituents without the need to actually hold anyone accountable.

The status quo is embraced by the sellouts on both sides of the aisle who are themselves waiting to be implicated in the pending scandal or another one that we believe they’re involved in.

Washington is a sewer of corruption where, by design, nothing changes it seems.

Until a billionaire named Donald Trump decided, enough was enough, put his money where his mouth is, and literally overthrew the Washington establishment.

Trump had overcome the Globalist dollars and media-promoted lies to win the 206 election.

Globalists, who had spent billions of dollars to control the votes of past presidents, an overwhelming number of U.S. Senators, and enough key House members to guarantee their bidding is done, were never going to accept defeat.

After Trump won the 2016 election, the Globalist establishment appeared to go into hyperdrive to destroy his presidency before President Trump would be able to dismantle their carefully crafted wealth extraction scheme that is bankrupting the United States.

They likely would have already succeeded except for one man, U.S. Rep. Devin Nunes (R-CA) who was chairman of the House Permanent Select Committee on Intelligence (HPSCI).

As chairman of that committee, Nunes was privy to intelligence briefings only seven other members of Congress were informed on.  Nunes has proven to be the lone honest agent among what is known as the Gang of Eight.

Early on in the Trump presidency, Nunes came to believe that an illegal surveillance operation had been employed by members of the Obama administration to destroy, first candidate Trump, then President-elect Trump, and later President Trump.

At the core of the plot was a, what has now largely been called a phony dossier,  was to serve as justification for the illegal surveillance.  The dossier was written by a ‘former’ British spy under contract to the opposition research firm, Fusion GPS, that was allegedly, largely funded by Hillary Clinton’s campaign.

Once it became clear that Rep. Nunes was not going to roll over, but was going to defend our Constitutional protections – and therefore President Trump – he became a liability.

Remember, even after Trump was elected and then inaugurated, we have evidence that suggests that the effort to remove him from office didn’t end.

In a complaint filed on Jan. 25, 2018 complaint, CfA accused Nunes of leaking sensitive House Intelligence Committee information about Fusion GPS.  That’s almost laughable since Glenn Simpson, the founder of Fusion GPS, was leaking the phony dossier all over D.C.

Realizing the futility of Congressional investigations, but armed with the evidence his committee uncovered, Rep. Nunes yesterday fired back filing a $9.9MILLION lawsuit against both Fusion GPS and the CfA.

Devin Nunes -Vs- Fusion GPS… by The Conservative Treehouse on Scribd

Rep. Nunes alleges they engaged in racketeering and conspiracy in a “joint and systematic effort to intimidate, harass, threaten, influence, interfere with, impede, and ultimately to derail” the HPSCI investigation of the dossier.

Most likely, no one, N-O O-N-E, knows the details of this case better than Rep. Nunes, who, when the history of this sordid chapter in American political history is written, should be hailed as one of the last great patriots and as the man who saved our Republic.

The bet here is that Nunes knows exactly what he’s doing and that the discovery process will reveal the political chicanery that sought to void the results of an election.  From there it’s anybody’s guess what else will be discovered and how deep the corruption runs.

Along with the work of Judicial Watch, that also uses the courts to force the release of information damaging to the governing cabal, Nunes hopes to force the DOJ to finally get off its ass and begin draining the swamp.

This article originally appeared at Illicit Info and was republished with permission.

BREAKING: Federal Judge Reverses Ruling… Covington Kids ‘Could’ SUE The Hell Out Of The MSM Now

BREAKING: Maddow & MSNBC Rocked By $10,000,000 Lawsuit Over “False And Malicious Libel” She Allegedly Told About AON & Russia On Air – Owner Comcast at Risk