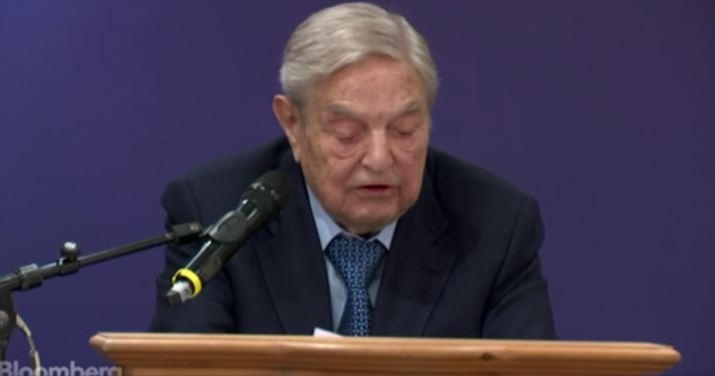 Americans shouldn’t forget the dark forces working in the shadows to defeat President Trump. In January 2018, at Davos, George Soros warned that Trump is a “danger to the world.”

“I consider the Trump administration a danger to the world. But I regard it as a purely temporary phenomenon that will disappear in 2020, or even sooner.”

“I give President Trump credit for motivating his core supporters brilliantly. But for every core supporter, he has created a greater number of core opponents who are equally strongly motivated. That’s why I expect a Democratic landslide in 2018.”

It’s no secret that Soros has spent a fortune to try and fundamentally transform America and other places in the world. He spent a record amount of $16.2 million on lobbying in Trump’s first year.

America is under attack by at least 187 organizations that are being fully or partially funded by George Soros.

Some of the names on this list of organizations Soros is tied to will shock you…abortion groups, open borders, immigrant groups, groups to change the way we vote, universal health care, climate change, “Catholics,” Socialists and Communists. Soros has a group whose stated goal is to take money from rich Jews and give it to those with less. Considering a video recently surfaced that shows George Soros (a Jew), admitting he helped confiscate property from fellow Jews during WWII, the idea that Soros is funding such a group is not so stunning.

Go HERE for a complete list of groups who are using Trump’s election as an excuse to take down America.