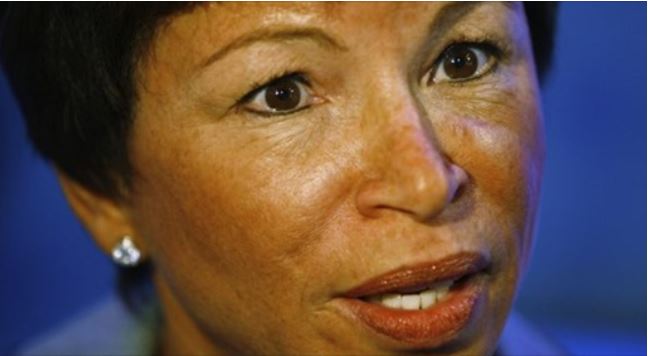 Before this coronavirus pandemic rocked the planet President Trump had America on a roll unlike we have ever seen. Record employment, record low unemployment, a booming stock market and so much more in spite of the non stop attacks from the deep state, impeachment, non-stop negative coverage from the liberal media and the list goes on and on. This report was published before the pandemic…

Here Is Just A Little Bit Of A Flashback Opinion, Speculation and Analysis

I’m starting to see a trend here forming … Democrats seem to love taking credit for anything and everything that goes well, while denying culpability for anything detrimental.

Senior advisor  to former President Barack Obama, Valerie Jarrett, stated to CNN that she feels that while President Donald Trump does deserve “some credit” for the current (2018) positive economic report, she went on to say that that former President Barack Obama was actually the one who is behind the record low unemployment rates that we are seeing throughout the entire country today.

Jarrett was being interviewed on national television by CNN’s Alisyn Camerota. Camerota questioned Jarrett as to whether or not she was willing and ready to “give” President Trump “credit” for the country’s current 3.9% unemployment rate, which was a recent low point.

Camerota questioned Jarrett, “The breaking news that we just had moments ago were the new job numbers, the lowest in anybody’s memory, 3.9 percent unemployment rate. It’s been 15 months of Donald Trump’s presidency. Do you give him credit for that?”

“Look, I think we have to look at it over a longer horizon than that. If you think about what the economy was like when President Obama took office, we were losing 750,000 jobs a month,” answered Jarrett.

“Under his watch the unemployment rate dropped in half and it’s encouraging to see that we’re continuing to make progress,” she continued.

The Bureau of Labor Statistics announced Friday (May 2018) that the U.S. economy added 164,000 jobs in April, pushing the unemployment rate down to 3.9 percent, the lowest since 2000.

When asked on CNN’s “New Day” if Jarrett gives Trump credit for that, she deferred to giving Obama credit for starting the trend.

When “Look, I think we have to look at it over a longer horizon than that,” she said. “If you think about what the economy was like when President Obama took office, we were losing 750,000 jobs a month. Under his watch, the unemployment rate dropped in half and it’s encouraging to see that we’re continuing to make progress.”

Take a look at the interview in the video below:

The way I interpreted that interview was that Jarrett was implying that we all owe Barack a debt of gratitude for his economic policies, which, tho antithetical to Trump’s, she claims were the foundation and cause of Trump’s ‘continued’ success.  I would implore Mrs. Jarrett to read Rothbard. I wonder if she still feels this way …