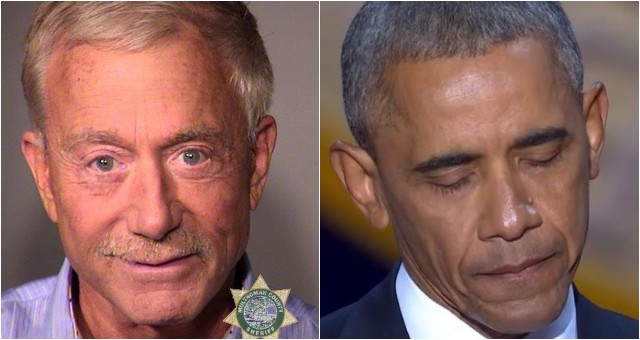 OPINION of TNS – Once again, the Garbage Party proves its worth with the arrest of another sexual deviant that has been feted and celebrated by a president.

The UK’s Daily Mail is reporting that Portland-based Terry Bean, 66, a Democrat bundler and “LGTBQ pioneer” who amassed a $500,000 donation to the campaign of Barack Hussein Obama, has been busted for “sexually abusing a 15-year-old boy” with his boyfriend in a hotel.

Terry Bean tried to avoid our questions after his release from jail. The wealthy Portland developer and Democratic donor was arrested earlier today- along with his former defense lawyer. https://t.co/IEXHFc2zwz pic.twitter.com/rhpnt28z4O

Court documents say the men arranged a $200,000 payment to a 15-year-old boy to make sex abuse charges against Bean go away. ​

Bean was arrested on a warrant accusing him of 2 counts of 3rd-degree sodomy — both felonies — and a misdemeanor sexual abuse charge on a case that was first filed in 2015.

Myers detailed an elaborate scheme to keep investigators from finding the boy. The boy told the detective his own lawyer helped him hide.

Myers wrote the boy’s lawyer gave him a “burner” phone and cash, and worked to hide him in a cabin in the mountains outside of Portland.

The story of Bean’s arrest comes a day after we reported that a group of Democratic lawmakers in California are proposing legislation that would further enable adult sexual predators to target children by saving them from having to register as sex offenders.

However, under their bill, SB 145, the offenders would not have to automatically register as sex offenders if the offenders are within 10 years of age of the minor.

“This bill would authorize a person convicted of certain offenses involving minors to seek discretionary relief from the duty to register if the person is not more than 10 years older than the minor,” SB 145 states.

Within 10 years of the age of the minor.

So…a 20-year-old man/woman can sexually abuse a 10-year-old child and get away with it because…’blatant discrimination against LGBT young people….’

Are you starting to see a pattern here? Because we are.

These people are sick. There is no way we can ever let them be in charge again.

BREAKING: Facebook Just Got EXPOSED, Look What They Did For Obama Campaign In 2012!

The New Prophets – Tell the World to Take It or Leave It
January 17th, 2021 TCP News

Virginia pay bill will be a nightmare for some small employers
January 17th, 2021 Liberty Unyielding