Lt. Col. Allen: ‘Pelosi just committed a high crime and misdemeanor’ over her ‘advice’ to illegals about how to avoid ICE agents 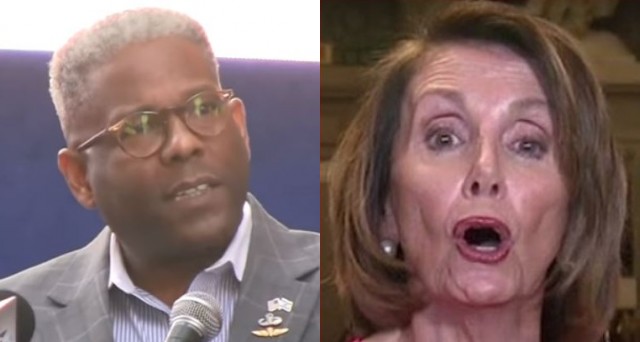 Democrats at the state and federal level have gone out of their way to impede President Donald Trump’s efforts to improve security along the U.S.-Mexico border and enforce all immigration laws.

On the state level, Democratic governors and mayors have doubled down on so-called “sanctuary” policies forbidding local police from using resources to cooperate with federal immigration authorities — even going so far (in California) as to offer free health care to illegal aliens.

Democrats in Washington, meanwhile, have refused to work with POTUS Trump and Republicans the way they worked with Presidents George W. Bush and Barack Obama in passing comprehensive border security measures throughout the early 2000s. And at least one Democrat — Palestinian-born Rep. Rashida Tlaib (D-Mich.) — is now openly advocating her party adopt an ‘open borders’ policy of decriminalizing illegal crossings.

None of this has stopped the president from pressing ahead with the people’s demand for border security and immigration enforcement, as evidenced by the administration’s announcement this week that Immigration and Customs Enforcement internal operations to locate and deport aliens who have been ordered out of the country by a court would proceed sometime this weekend.

In response to that, some Democrats including House Speaker Nancy Pelosi (D-Calif.), who is third in line to the presidency, provided ‘advice’ on Thursday to illegal aliens targeted by the operations as to how they can avoid being taken into custody by ICE agents.

“An ICE deportation warrant is not the same as a search warrant,” Pelosi said at a press conference.

“If that is the only document ICE brings to a home raid, agents do not have the legal right to enter a home. If ICE agents don’t have a warrant signed by a judge, a person may refuse to open the door and let them in,” Pelosi continued.

The Speaker then, behind closed doors, went on to explain her “know your rights” campaign for illegal immigrants.

So, to be clear, the Speaker of the House is advising people who are in the country illegally and have been ordered out of the country by a lawful federal court operating under current law, how to continue breaking our laws by avoiding detention.

“Unless I am grossly mistaken, Ms. Pelosi just violated her oath of office and has committed a high crime and misdemeanor,” West tweeted this week.

Unless I am grossly mistaken, Ms. Pelosi just violated her oath of office and has committed a high crime and misdemeanor #ICE #illegalimmigration #NancyPelosi #FridayFeeling https://t.co/s3pPI9peRL

Gavin Newsom as well, on his Facebook page. (California Governor) 🤬🤬

West is not referencing a law, per se, but a provision of the Constitution: “High crimes and misdemeanors” is a classification of offense under Article II, Sect. 4.

Hyperbole? Hardly, according to experts. The Conservative Tribune notes:

According to Jon Roland of the Constitution Society, high crimes refer “to those punishable offenses that only apply to high persons, that is, to public officials, those who, because of their official status, are under special obligations that ordinary persons are not under, and which could not be meaningfully applied or justly punished if committed by ordinary persons.”

In another way, “a high crime is an affront to the state, to the people, the body politic,” as Jeffrey A. Engel, director of the Southern Methodist University Center for Presidential History, writes.

Indeed, the former Florida congressman’s accusation would apply — but only if Congress found Pelosi’s statements and actions constituted “violations of public trust.”

And we know what the chances of that happening really are. But imagine the outcry from Democrats and their propagandists in the ‘mainstream media’ if the roles were reversed and Republicans had given’advice’ to criminals in defiance of an Obama administration directive or policy.

So the only reasonable way to hold members of Congress like Nancy Pelosi accountable is to take power away from them at the ballot box — and then keep it away. Otherwise, these kinds of abuses of our constitutional order and legal system will continue until no one feels like they have to follow the law.

Democrat Civil War EXPLODES: Pelosi Furious After Nadler Makes Complete Fool Of Himself & Party, Opening The Door For Republicans In 2020

WATCH: Did Pelosi Just Confess To Spying On Trump On 60 Mins? US Rep. Liz Cheney- “This Is Starting To Look Like A Political Set Up” [Opinion] 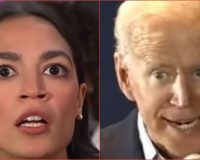 Ocasio-Cortez Takes A Swing At Joe Biden And Complains About Being In The Same ‘Party’ As Him
April 6th, 2020 Right Wing Tribune

Government Wants to Decide What Items Are Essential Purchases & What Things You’re Not Allowed To Buy
April 6th, 2020 Sons of Liberty Media