OPINION| My father used to be a Democrat.

When he was going to college, in New Jersey. back in the early 70’s he bought into the idea that the Democrats were the party ‘of the people.’

Not too long after, following some real world experience, and the Democrat party traveling further and further towards Communism’s ugly sister, Socialism, he stopped calling himself a Democrat and is currently a Trump loving conservative.

Now, I know he is not the first one to say this, nor will he be the last, but it has clearly stuck with me over the years.

I can not help but think, with a communist dictator praising, left described ‘Democratic Socialist’ (not to be confused with the National Socialist Germany Works Party, or as most people know them, ‘Nazis’) leading the race for the Democratic nomination for President, my father is going to have a lot of fellow defectors.

Bernie Sanders defends his 1980s comments about Fidel Castro in an interview on 60 Minutes. https://t.co/ySqvQKoiBU pic.twitter.com/lTwuXWp9sA

Those who are unfortunate to have read some of my writing may have picked up that I would not call myself a Republican, I live my life my life by, and share the values of ,my conservative friends, but I would call myself more of a libertarian.

I mention this because I am in no way suggesting that the Republican party is perfect, or the solution to all our problems.

However, when compared to Bernie (or any of the other leading Democrats) economic and border security policies (I suppose open borders and hand outs for all is a ‘border policy’ … right?) the Republican Party seems to be the only hope we have of, at the very least, slowing the approach of the inevitable debt crisis which we are in as a nation.

This recent news out of Mississippi has my father in some pretty good company.

“The Mississippi Republican Party is the Party that is building success for Mississippi by grounding government in the principles of liberty,” Governor Tate Reeves said. “These men and women on the frontlines of local government understand that and know a brighter future cannot be achieved by less freedom and more government. I’m pleased to welcome them to the MSGOP and look forward to their continued service to their fellow Mississippians.”

“Every year, the Democratic Party moves further to the left and away from the values of Mississippians,” Congressman Michael Guest said. “The Republican Party is the home for conservatives who believe in the principles of limited government and individual freedom. Today, I am excited to welcome more elected officials to our growing Party.”

The announcement took place at the MS GOP Headquarters in downtown Jackson on Monday. Those joining the party were announced by Congressman Michael Guest:

It looks like the Democrats embrace of socialism is going to turn out to be the best thing that ever happened to the Republican party in some time.

As long as we are able to keep the radically leftist Dems from regaining control of the entire power structure I think we have a pretty good shot of continuing to restore American greatness. Welcome aboard y’all!

Pelosi Gets Trolled Hard By GOP Rep. And She’s Not Happy About The Video From Past That Got Released

Illinois On The Brink Of Going Bankrupt Due To Decades Of Democrats Running The State, Similar To California

Report: Common Anti-Parasite Drug Might Be Able to Kill Coronavirus In Only 48 Hours
April 5th, 2020 Flag And Cross

POLL: 9 in 10 Children Experiencing “Enjoyment” and “Happiness” While at Home with Family during Stay At Home Order
April 5th, 2020 Big League Politics 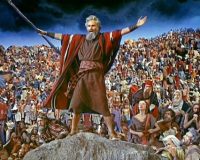 Passover, Freedom And Their Meaning During The CoronaVirus Pandemic
April 5th, 2020 The Lid