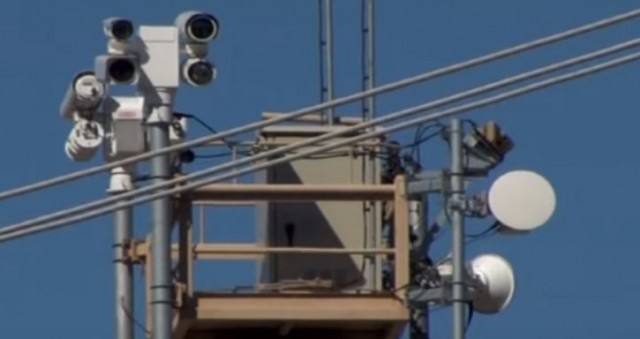 The use of drones by Mexican cartels and smugglers to monitor U.S. border officials as they perform their duties has steadily increased in recent years, but so far the federal government has not deployed technology to intercept them.

Between October 2014 and February 2020, Border Patrol agents reported seeing 170 drones observing them or moving likely contraband across the border through the air, a Customs and Border Protection spokesman told the Washington Examiner.

Mexico-based cartels who are moving drugs or human cargo use drones to find out where Border Patrol agents are and are not so they can either send contraband across the border or illegal immigrants without detection.

Other drones can sometimes be fitted with a few ounces to a kilogram of narcotics to the U.S. side and then drop it for a ‘mule’ or runner to pick up and transport it further into the country, the website reported.

The problem, say border agents, is that drones operate several hundred feet in the air and are hard to detect even in daylight because they are small and quiet. And without special detection radar or other technology, drones are virtually impossible to detect at night.

Agents can’t shoot them down with firearms and they are not yet authorized to seize drones, either.

In October, the Border Patrol obtained six counter-drone systems capable of downing the small craft. However, they are currently not being used because Customs and Border Protection has yet to develop a policy on how to interdict drones.

From the demonstration day at the Border Security Expo on Friday: Counterdrone system @IXIDRONEKILLER sends a signal forcing the drone to land. pic.twitter.com/b5bWJEVGhB

Border agencies have received billions in additional funding during the Trump administration, but so far little of that money has been spent on counter-drone technology, the Washington Examiner reported.

“This isn’t like anything else that any of us have sold before in the physical or IT security space because there were a whole bunch of legal hurdles and questions that even the government didn’t have sorted out,” Lisa Meserve, federal sales lead for Dedrone, which makes DroneDefender, told the news site.

This article originally appeared at USA Features News and was republished with permission.

BREAKING News Out Of Mexico

BREAKING: Under Pressure From Trump Mexico Arrests Near 800 Undocumented Migrants

BREAKING News Out Of Pennsylvania… THEY FOUND HER

How The Alliance Between Black And Jewish Leadership Fractured After MLK Jr. Died
January 18th, 2021 The Lid

Parler CEO Says He’s ‘Confident’ Social Media Platform Will Be Back ‘By The End of The Month’
January 18th, 2021 The Political Cowboy
Follow Me On Twitter!
Follow @DinoPorrazzo