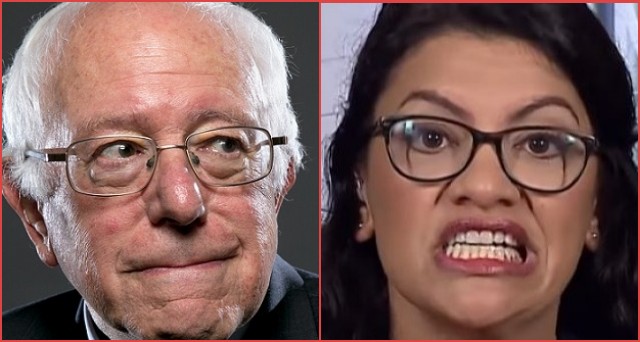 Bernie Sanders’ team has sent Tlaib and Abdul El-Sayed, who ran unsuccessfully for governor in 2018, to campaign for him in mosques in Michigan Friday to garner up Muslim votes, Politico reports.

Muslim and Arab-American voters played an important factor for Bernie Sanders’ 2016 upset victory in Michigan that gave his failed campaign a second life.

Sanders is counting on them again to help revive his bid for the presidency in 2020.

The Vermont senator has won endorsements from key Muslim elected officials here, tapped Muslim leaders to be his top surrogates, and held a rally this week in one of the largest Muslim communities in the country. But for Sanders to succeed, it’s not enough for Muslim voters in Michigan to simply support him: He also needs them to come to the polls in droves, something that hasn’t happened among some crucial pro-Sanders voting blocs in early primary contests.

“It’s potentially significant if it’s going to be a close contest between him and Joe Biden in Michigan,” saidWa’el Alzayat, CEO of Emgage, a major Muslim political action committee that has endorsed Sanders. “But the key is turnout. Historically, Muslims in Michigan do not vote at high rates.”

Sander’s campaign has been flying under the radar when it comes to the mainstream media reporting on his camps extreme push to gain Muslim support.  Which should come as no surprise because of the socialism and marxism views that Sanders whole campaign is about, the Muslim communities beliefs share the same twisted views.

According to the LA Times:

Since February, Sanders has named a Muslim to be his campaign manager, tapped a prominent Muslim Palestinian American activist as a surrogate and visited a Los Angeles mosque to commemorate the victims of a New Zealand terrorist massacre at two Islamic houses of worship.

Last month, he headlined the Islamic Society of North America convention in Houston, where he got a standing ovation for his promise to overturn President Trump’s travel ban blocking most visitors from five predominantly Muslim countries from entering the U.S. It was the first time a presidential candidate addressed the largest and most prominent Muslim gathering in the country, and more than 7,000 people packed in to hear him.

Why do we tolerate putting Muslims that desire to destroy the American way of life into political offices where they can do exactly that?  Then when they do start breaking down American history, culture and our Amendments, people do nothing but complain about it.

HORRIFYING ALERT: It’s Coming To Every Parking Lot In America- Police Helpless To Stop It!

ESPN’s Mark Jones VOWS To Fire Security Detail At Next Game: “I’d Rather Not Have The Officer Shoot Me”
September 25th, 2020 Click It Conservative News

Why Trump is right not to react to media bait on ‘peaceful transfer of power’
September 25th, 2020 Liberty Unyielding

VIDEO: Antifa Rioter Caught On Camera Hitting Cop In Back of the Head With Baseball Bat
September 25th, 2020 Flag And Cross