As we reported yesterday, Socialist Rep. Alexandria Ocasio-Cortez spoke to a group at Al Sharpton’s National Action Network on Friday when she attempted to sound like a Southern African-American.

She got slammed for trying to sound black which is reminiscent of when Hillary Clinton did the same thing.

It was a joke.

But Cortez also got slammed by black leaders for something else- being “financially illiterate!”

Hours before Ocasio-Cortez’s speech, an investor ripped those who opposed the Amazon deal with the state that would have generated billions in tax revenue and 25,000 jobs, Fox News reports.

“The people campaigning against the Amazon campus are financially illiterate,” said Tracy Maitland, president and chief investment officer of Advent Capital Management during a panel discussion the Black Economic Agenda, according to the New York Post.

He later told the Post that he blames the 29-year-old Democratic Socialist for spreading misinformation and helping to kill the agreement with Amazon that would have benefited people in her home state.

“This was a disgrace. I partially blame AOC for the loss of Amazon. She doesn’t know what she doesn’t know. That’s scary, he said.

“We have to make sure she’s better educated or vote her out of office,” he said, noting that Ocasio-Cortez implied the state was giving a blank $3 billion check rather than tax credits based on the number of jobs created.

Bill Thompson, the chairman of the City University of New York, also said during the panel that jobs were “snatched away” from mostly Latino and black students at the university.

“We were at the table talking to Amazon on how students could get jobs. … Those opportunities were snatched away,” Thompson was quoted as saying.

“Those students look like us. … We’re talking thousands of high-paying jobs. It was a disappointment from a CUNY perspective.”

What a fricking idiot she is.

Obama is Earning More Than Any Former President – And Costing We The Taxpayers, The Most
April 6th, 2020 Right Wing Tribune 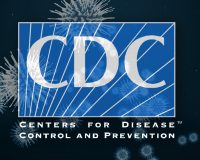 Fudging Numbers: CDC Tells Hospitals To List COVID as Cause of Death Even if You’re Just Assuming or It Only Contributed
April 6th, 2020 Sons of Liberty Media