Virginia Democrats have introduced a revised ban on so-called “assault weapons” that requires existing gun owners to register their firearms with the state, and also bans outright the possession of magazines that can hold more than ten rounds as well as a ban on suppressors and “trigger activators,” Bearing Arms reports.

According to the legislative summary by Delegate Mark Levine, HB 961:

The authorized punishments for conviction of a felony are:

For Class 6 felonies, a term of imprisonment of not less than one year nor more than five years, or in the discretion of the jury or the court trying the case without a jury, confinement in jail for not more than 12 months and a fine of not more than $2,500, either or both.

Loss of Rights and Benefits

As soon as you are convicted of a Class 6 felony, you generally lose the following rights:

A felony conviction automatically leads to the loss of many civil rights. While voting and owning a firearm are the best known collateral consequences, most states have dozens or more specific laws that limit opportunities for felons. Drug-related crimes can affect a person’s ability to qualify for low-income housing and Food Stamps, among other benefits.

A person issued such permit may possess an assault firearm only under the following conditions: (a) while in his home or on his property or while on the property of another who has provided prior permission, provided that the person has the landowner’s written permission on his person while on such property; (b) while at a shooting range, shooting gallery, or other area designated for the purpose of target shooting or the target range of a public or private club or organization whose members have organized for the purpose of practicing shooting targets or competing in target shooting matches; (c) while engaged in lawful hunting; or (d) while surrendering the assault firearm to a state or local law-enforcement agency.

A person issued such permit may also transport an assault firearm between any of those locations, provided that such assault firearm is unloaded and secured within a closed container while being transported.

The bill also provides that failure to display the permit and a photo identification upon demand by a law-enforcement officer shall be punishable by a $25 civil penalty, which shall be paid into the state treasury.

The bill also requires the Department of State Police to enter the name and description of a person issued a permit in the Virginia Criminal Information Network (VCIN) so that the permit’s existence and current status will be made known to the law-enforcement personnel accessing VCIN for investigative purposes.

Democrats Believe They Found The Key To Defeating Trump In 2020 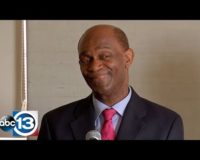 Rick Grenell Claims ‘She’ Will Be Shadow President … And He Did NOT Mean Kamala
January 18th, 2021 The Lid 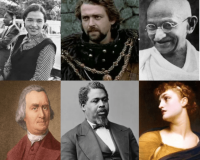 11 Of The Most Memorable Acts Of Civil Disobedience In History
January 18th, 2021 DC Dirty Laundry

Richard Grenell Claims ‘She’ Will Be ‘Shadow President’ … And He Did NOT Mean Kamala
January 18th, 2021 Clash Daily