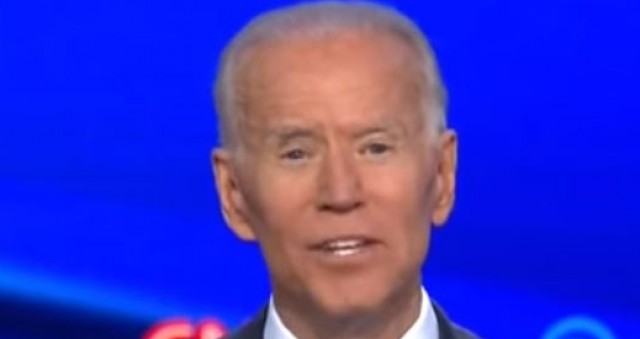 Joe Biden straight-up lies to Fox News reporter about bin Laden raid, says he backed it when he DIDN’T

This was such a clumsy, easily disprovable falsehood…

(TNS) President Donald Trump gets called a liar all the time by the lamestream media and Democrats, and while he sometimes cuts corners with facts in order to accentuate a positive, there are some really big fibbers running for his job this year.

One of them is, of course, Sen. Elizabeth “Fauxcohontas” Warren, who has made a name for herself lying about being a very white Native American.

Another was Sen. Kamala Harris, now out of the 2020 Democrat presidential sweepstakes, who got called out during a debate by Rep. Tulsi Gabbard after lying about her drug crime record as a California prosecutor.

But the biggest fibber of them all is, of course, former Vice President Joe Biden, Mr. Gaffetastic.

As you likely know, on Friday President Trump gave the order to kill Iranian Gen. Qassem Soleimani, the head of the Islamic Revolutionary Guard Corps’ elite Quds Force and chief mischief maker in the Middle East. Not only is he responsible for killing and maiming scores of American soldiers, he was also the mastermind behind the creation of the ‘Shia Crescent’ — a bid to extend the power and influence of the Iranian mullahs from Iran’s borders to the Mediterranean Sea.

In response to the president’s bold, decisive action, taken a week after Iranian proxies killed an American contractor, wounded four U.S. troops, and besieged the U.S. Embassy in Baghdad, Biden issued a statement essentially condemning it.

My statement on the killing of Qassem Soleimani. pic.twitter.com/4Q9tlLAYFB

“The Administration’s statement says that its goal is to deter future attacks by Iran, but this action will almost certainly have the opposite effect,” Biden claimed.

Fox News’ Peter Doocy caught up with the former VP to ask him about Trump’s action, his reaction to that, and how he would have handled it as president.

Biden sorta puffs up and says he was in on the decision to ‘get Osama bin Laden.’

Biden himself said he told Obama not to go get bin Laden, and Doocy — not being from CNN or MSNBC — challenged Biden on his answer.

Joe Biden just claimed that he did not oppose the Osama bin Laden raid.

Yeah, Joe, you did. Zach Parkinson, deputy research director for the Trump campaign:

4/ By 2015, Biden completely contradicted what he said before

Biden claimed he never told Obama "don't go" and that he privately gave Obama his real advice to "go" and "follow his own instincts" when (conveniently) other witnesses weren't around pic.twitter.com/qjfKtLCNSg

8/ Obama CIA Director Leon Panetta in his book "Worthy Fights": Biden was "firmly in favor of waiting" and "did not have enough confidence that bin Laden was in the compound" pic.twitter.com/r2ybrPdG4h

10/ Michael Morell, then-Deputy CIA Director, later wrote that Biden was "unconvinced about the intelligence and concerned about what a failed mission would do" to U.S.-Pakistani relations pic.twitter.com/xAFUTWRt0G

11/ In short, there's no evidence that Joe Biden supported the Bin Laden raid, and nearly every other Obama Administration official who has spoken up corroborates that

Trump may be a stretcher of the truth at times, but he’s also been very honest and up front about his love for our country and his desire to put Americans first — which is clearly proven by his actions.

BREAKING: Obama Judge Just Permanently Blocked Trump’s Plan- He May Have To Invoke “Insurrection Act” To Save America

Obama Officials Terrified About Being EXPOSED After Trump Declassifies Everything And Lindsey Graham Drops Bomb Live On Natl. TV 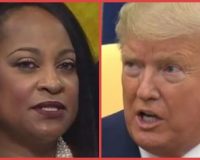 British Politicians Believe that the Wuhan Virus Pandemic Might Have Come from a Leak at a Chinese Laboratory
April 6th, 2020 Big League Politics

Biden Tries To Slam Trump, But Cruz Takes Him To Truth Town
April 6th, 2020 The Lid