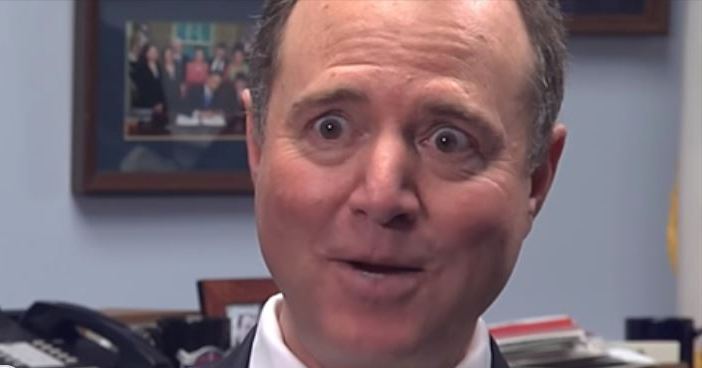 There is a reason why President Trump calls it ‘the swamp’

Specifically, though House Speaker Nancy Pelosi and Intelligence Community chair Adam Schiff have released 15 transcripts of testimony, the transcript of Atkinson’s testimony has yet to be made public.

I know why @paulsperry_ It’s because I asked IG Atkinson about his “investigation” into the contacts between Schiff’s staff and the person who later became the whistleblower. The transcript is classified “secret” so Schiff can prevent you from seeing the answers to my questions

Then, on December 9 while our attention was focused on the release of Justice Department Inspector General Michael Horowitz’s report on FBI abuses of the FISA Court, Ratcliffe was banging away at Democrats on the House Judiciary Committee, trying to persuade them to release Atkinson’s testimony. In doing so, Ratcliffe managed to essentially lay out why Schiff & Co. are sitting on Atkinson’s testimony.

Directing his attention to Democratic counsel Daniel Goldman, the Texas Republican asked if the counsel was present for Atkinson’s testimony, to which he responded in the affirmative. Ratcliffe noted:

The whistleblower then made statements under the penalty of perjury that were not true and correct in his or her verbal responses to the Inspector General’s investigative team. Because of the whistleblower’s statements in writing and verbally, that were neither true, correct or accurate, pages 53 to 73 of that testimony reveal that the IG was not able to answer any questions. None, from me, about the whistleblower’s contact or communication with Mr. Schiff’s staff of which Mr. Goldman is a member.

After the IG testified on October 4th and after media reports revealed that the whistleblower and Mr. Schiff did not disclose their prior contacts or communications with each other, the whistleblower contacted the IG to explain why he or she made statements under penalty of perjury in writing or verbally that were true, correct and accurate…

Ratcliffe then noted further that no changes made by the whistleblower regarding prior contact with Schiff were made to the report:

On October 2, Patrick Boland, Mr. Schiff’s spokesman, acknowledged publicly that the outlines of the whistleblower’s accusations against the President had been disclosed to the House Intelligence staff and shared with Chairman Schiff.

Once again, Ratcliffe notes that the contact information was excluded from the report, as he requests release of pages 53-73, which he further notes would not reveal the whistleblower’s identity:

Additionally, several weeks ago, we learned that the day after the July 25th conversation between President Trump and Ukrainian President Volodymyr Zelensky, Schiff hired Sean Misko, a close friend and former colleague of the whistleblower, who is alleged to be Eric Ciaramella, as an aide. Misko and Ciaramella worked together on the National Security Council and are said to have a “bro-like” relationship.

But maybe not for long.

Judicial Watch founder Tom Fitton announced Friday that his organization filed FOIA lawsuits against the CIA and the DOJ to obtain Ciaramella’s communications. We know that Ciaramella “worked on Ukraine issues while on detail to both the Obama and Trump White Houses.”

Fitton explained that the lawsuit was filed because neither the CIA nor DoJ had responded to FOIA requests, which seems to be pretty standard for the Washington deep state.