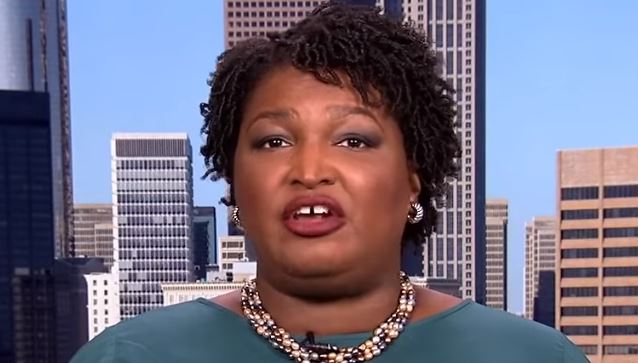 If Democrats can’t engage in voter fraud, they aren’t happy…

(TNS) Democrats engage in voter fraud every chance they get — they just do. It’s part of who they are; anything and everything it takes to win power, even if it means stealing it.

Former Georgia Democratic gubernatorial candidate Stacy Abrams, who has accused her political opponents of racism and who claims that the 2018 election was actually stolen by Republicans, formed a group aimed at keeping state voter registration rolls filled with names of people who were dead, moved, or otherwise no longer qualified to remain on them.

The misnamed “Fair Fight Action” filed suit against the state of Georgia for attempting to cleanse voter registration rolls to ensure that elections are actually fair in that they are decided by actual residents of the state.

But a federal judge on Friday refused to allow her organization to block state officials from doing what they know must be done.

U.S. District Judge Steve Jones denied an emergency request to stop Georgia Secretary of State Brad Raffensperger from removing more than 120,000 voters off registration lists who may still live in the state but hadn’t cast a ballot since before the 2012 presidential election.

Georgia is one of nine states that has a “use it or lose it” law in regards to voter registration.

The voters being purged didn’t respond to two notices sent by election officials, according to Raffensperger’s office. Some of those notices returned as undeliverable. …

Raffensperger announced in October that his office would conduct a “routine and legally required update” of its voter files. The secretary of state’s office released a list of more than 313,000 voters whose registrations were subject to cancellation, which would shrink the state’s voter rolls by 4%. In November, election officials mailed them a notice and gave them 30 days to respond to keep their registrations active.

Fair Fight Action complained, “The disenfranchisement of voters that occurs when they are removed from the voter rolls — as will occur if the scheduled purge takes place — is amongst the severest burdens upon the right to vote that exist.”

Now mind you, Abram’s Democrats are all about allowing states to make their own election laws (as the Constitution allows) when it comes to the National Popular Vote Compact, which allocates a state’s electoral college votes to the presidential candidate receiving the most votes nationwide…even if that state votes for the other candidate.

But allow a state to clean up its voter registration rolls to ensure that real citizens are casting ballots in elections? Nope. That’s disenfranchisement!

“Proper list maintenance is not only required by long-standing laws but is also important in maintaining the integrity and smooth functioning of elections,” said Raffensperger.

“Georgia has registered nearly a half-million voters since the last election, clear proof that we are doing things to make it easy for people to vote,” he added.