Trump blasts Pelosi in six-page letter to House Democrats: ‘YOU are obstructing justice!’

“I write to express my strongest and most powerful protest”

“I write to express my strongest and most powerful protest against the partisan impeachment crusade” Democrats are pushing, the president began.

“This impeachment represents an unprecedented and unconstitutional abuse of power” by Democrats that is “unequaled in two-and-a-half centuries of American legislative history.”

Noting that Pelosi and Democrats were “turning policy differences” into impeachable offenses, the president also blasted the Speaker for ‘daring’ to ‘invoke the Founding Fathers in pursuit of” an “election nullification scheme.”

The president has sent the speaker a six-page letter about impeachment. pic.twitter.com/LKrb1bBzwh

As you can see, President Trump is pissed off- and rightly so.

Six Democrat Mayors Jump Ship… Endorse Trump/Pence: “Lifelong politicians like Joe Biden are out of touch with the working class”

Just In: Trump White House Comes Down On Big Tech With Fury Of 1,000 Suns, Directs FCC To Implement Executive Order on Online Censorship 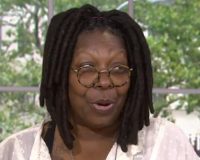