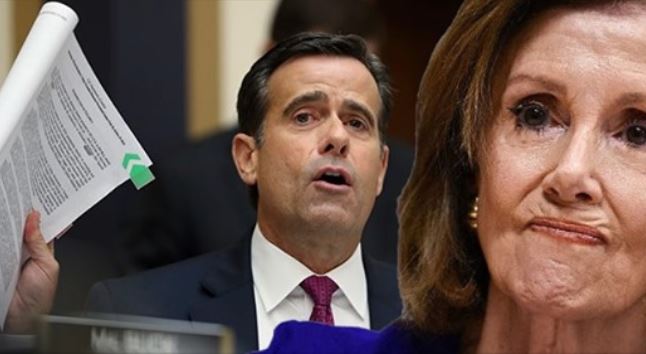 …‘in order for democrats, liberals, progressives et al to continue their illogical belief systems they have to pretend not to know a lot of things’ – David Mamet

Are you prepared to defend the idea of the president asking a foreign government to investigate a political opponent?

I want to recognize my colleague from Georgia, Mr. Johnson’s question, that he asked before. Is it ever okay to invite a foreign government to become involved in an election involving a political opponent?

The answer is yes! It better be. We do it all the time.

Have you that quickly forgotten how the Trump/Russia investigation proceeded? The Obama administration asked Great Britain and Italy and Australia and other countries to assist in its investigation of a person who was a political opponent from the opposite party.

My colleague on the intel committee, Mr. [Joaquin] Castro, was investigating President Trump at the same time his brother [Julián] was running to replace President Trump.

President Trump is the only one with the really legitimate reason to be doing it. He is the chief executive.

…And the president can and should ask for assistance from foreign governments in ongoing criminal investigations.

There was an ongoing criminal investigation into what happened in 2016. The Attorney General, [William] Barr, at the time of the July 25th call [with Ukrainian President Volodymr Zelensky] had, long before that appointed U.S. Attorney John Durham to investigate exactly that issue. It wasn’t just appropriate, it was absolutely the president’s constitutional duty.

But, for liberals, one thing remains constant as new evidence comes to light…

The hammer is about to drop … just not on Trump.  Have they not noticed that the hammer never lands on Trump?

Demented Liberal Comes Up With New Plan To Impeach Trump, But There’s One Huge Problem

Opinion| AG Barr Zeroing In On Brennan As Nexus Of Russian Collusion Hoax? Speculation Grows As CIA Analysts ‘Lawyering Up’

President Trump Has Had It With The Media, Watch Him Absolutely Torch A NBC News Reporter At Today’s Press Briefing After Asking About Americans Being Scared

Be the first to comment on "Game Over: U.S. Rep. John Ratcliffe Just Blew Up The Hoax Impeachment Once And For All [Opinion]"