Geoffrey S. Berman, the United States Attorney for the Southern District of New York, John C. Demers, Assistant Attorney General for National Security, William F. Sweeney Jr., the Assistant Director-in-Charge of the New York Field Office of the Federal Bureau of Investigation (“FBI”), and James P. O’Neill, the Commissioner of the Police Department for the City of New York (“NYPD”), announced that ZACHARY CLARK was arrested today in Brooklyn, New York.  CLARK is charged in a criminal Complaint with attempting to provide material support to the Islamic State of Iraq and al-Sham (“ISIS”), a designated foreign terrorist organization, and distributing bomb-making instructions.  CLARK is expected to be presented later today before Magistrate Judge Robert W. Lehrburger in Manhattan federal court.

U.S. Attorney Geoffrey S. Berman said:  “As alleged, Zachary Clark twice pledged allegiance to ISIS, and posted on encrypted pro-ISIS chatrooms numerous exhortations and instructions on bomb-making and other terrorist acts to be carried out in New York.  Thanks to the Joint Terrorist Task Force, Clark now faces serious criminal charges for his alleged support of a terrorist organization bent on killing Americans.” 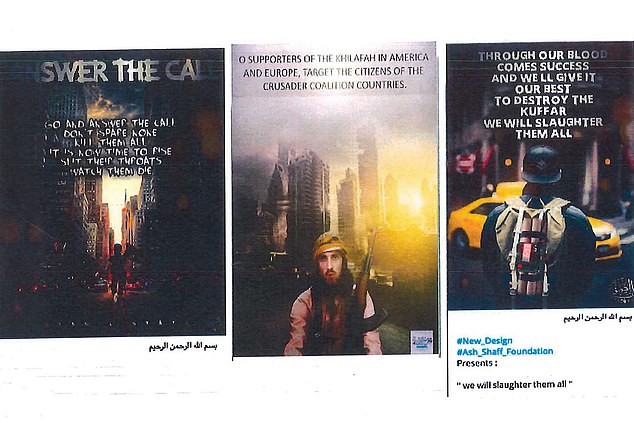 Assistant Attorney General John C. Demers said:  “The defendant allegedly provided instructions for how to plan attacks on U.S. soil, encouraging ISIS supporters to attack in well-populated locations.  The National Security Division is committed to identifying and holding accountable those who support foreign terrorist organizations and pose a threat to our communities.

FBI Assistant Director-in-Charge William F. Sweeney Jr. said:  “As alleged, Clark championed his support for ISIS, disseminated hate-filled messages via encrypted chatrooms, and encouraged like-minded individuals to carry out vicious attacks in the name of jihad. While today’s arrest reminds us that there are still people out there who embrace the idea of inflicting harm on others in this way, it also presents evidence of the dedication and resolve of the FBI’s JTTF here in New York who, along with our many partners, successfully confronts threats of this nature head-on, day in and day out.”

NYPD Commissioner James P. O’Neill said:  “Today’s arrest in Brooklyn is a reminder that New York City remains a top terrorism target in the United States. The NYPD and all of our law-enforcement partners remain vigilant in this ongoing fight against terror and anyone who would plot to do us harm.”

As alleged in the criminal Complaint,[1] filed on November 25, 2019, in Manhattan federal court:

CLARK pledged allegiance to ISIS twice, first in or about July 2019, to its then-leader Abu Bakr al-Baghdadi, and then in or about October 2019, to ISIS’s new leader, Abu Ibrahim al-Sashemi al-Qurayshi, who was elevated after al-Baghdadi’s death.  Beginning in at least March 2019, CLARK disseminated ISIS propaganda through, among other avenues, encrypted chatrooms intended for members, associates, supporters, and potential recruits of ISIS.

CLARK’s propaganda included, among other things, calls for ISIS supporters to commit lone wolf attacks in New York City.  For example, on or about August 3, 2019, CLARK posted instructions about how to conduct such an attack, including directions on how to select an attack target, how to conduct preoperational surveillance, how to conduct operational planning, and how to avoid attracting law enforcement attention when preparing for and conducting the attack.  On another occasion, CLARK posted a manual entitled “Knife Attacks,” which stated, among other things, that discomfort at “the thought of plunging a sharp object into another person’s flesh” is “never an excuse for abandoning jihad” and that “[k]nives, though certainly not the only weapon for inflicting harm upon the kuffar [non-believers], are widely available in every land and thus readily accessible.”

CLARK urged the participants in encrypted chatrooms to attack specific targets, posting maps and images of the New York City subway system and encouraging ISIS supporters to attack those locations.  CLARK’s guidance also included posting a manual entitled “Make a bomb in the kitchen of your Mom,” which included detailed instructions about constructing an explosive device.

Mr. Berman and Assistant Attorney General Demers praised the outstanding efforts of the FBI’s New York Joint Terrorism Task Force, which consists of investigators and analysts from the FBI, the NYPD, and over 50 other federal, state and local agencies.

This prosecution is being handled by the Office’s Terrorism and International Narcotics Unit.  Assistant U.S. Attorneys Gillian Grossman and Sidhardha Kamaraju are in charge of the prosecution, with assistance from Trial Attorneys Jason Denney and Chad Davis of the National Security Division’s Counterterrorism Section.

The charges contained in the Complaint are merely accusations, and the defendant is presumed innocent unless and until proven guilty.

Obama’s James Clapper, Who Is Under Federal Investigation, Says Killing ISIS Leader Is A BAD THING