CALEXICO, Calif. — U.S. Customs and Border Protection officers working at the Calexico West port of entry Monday thwarted a dangerous human-smuggling attempt after discovering a teen concealed in a dashboard compartment of a vehicle. 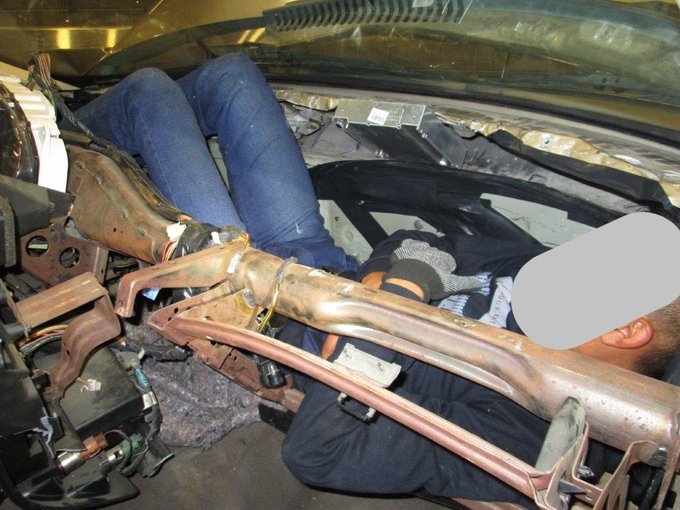 The incident occurred at about 8:30 a.m. on Nov. 25, when a 28-year-old man and his 21-year-old male passenger, entered the Calexico West port driving a 2001 Ford Taurus. A CBP officer referred all occupants and vehicle for further examination.

CBP Officers conducted a physical search of the vehicle and discovered a teenager hiding inside a dashboard compartment. 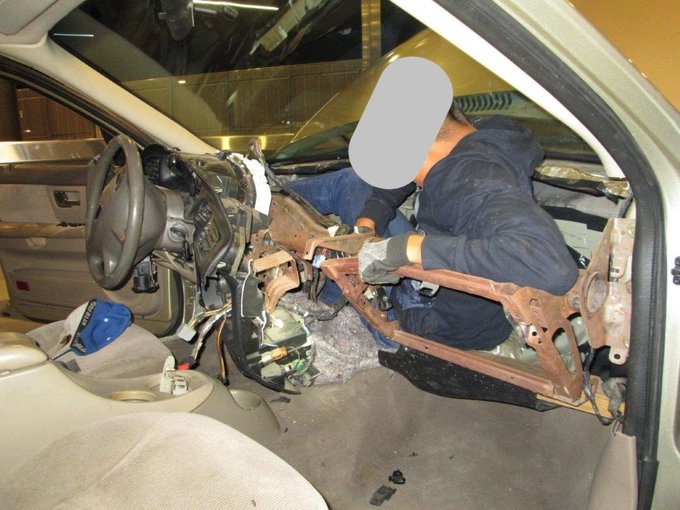 Officers extracted the teen, a 17-year-old Mexican citizen, and escorted him to a secure location for health checks and further processing.  Record checks revealed the teen was previously apprehended in March 2019 attempting to illegally enter the U.S. at the Otay Mesa port of entry using a document that did not legally belong to him.

“Smuggling a person in a confined space is dangerous and can have serious consequences,” said Officer in Charge Sergio Beltran. “In this instance no one was seriously injured during this attempted illegal entry.”

The driver and passenger, both U.S. citizens, were arrested and later transported to the Imperial County Jail to await criminal proceedings.

Being smuggled in confined spaces is a dangerous scheme and can lead to serious injuries and or death as in this article from 2014: Human smuggling attempt two dead.

We want to thank all our law enforcement officials for dedicating their lives to protecting Amrica and it’s citizens.

Stay safe and we have your 6 and so does President Trump and Conservatives.

From one of the pages that Facebook took down because they are liberals.

BREAKING: Get To The Border NOW!!!

BREAKING News Out Of Border State… HORRIFYING Discovery Made By Agents

BREAKING News Out Of California AND Arizona… This Is BIG!!!