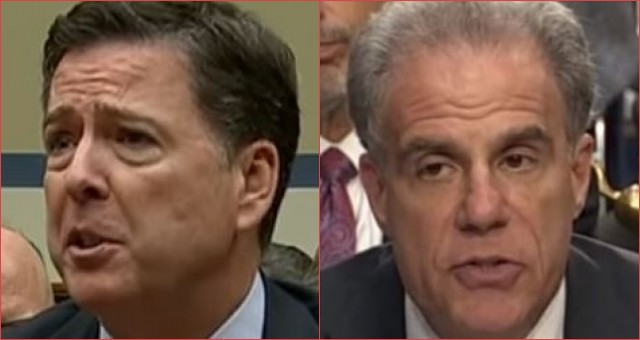 The date for release of the long-awaited report on surveillance abuses of the 2016 Trump campaign from Justice Department Inspector General Michael Horowitz is now set in stone, we’re told: December 9.

That from Sen. Lindsey Graham (R-S.C.), who made the announcement Wednesday evening.

The Justice Department’s watchdog announced in March 2018 that it would examine the agency’s and the FBI’s compliance with legal requirements regarding surveillance. The announcement came amid Republican outcries that authorities abused their power to monitor members of President Trump’s 2016 campaign.

The watchdog’s office said in its announcement that it would “examine the Justice Department’s (DOJ) and the FBI’s compliance with legal requirements, and with applicable DOJ and FBI policies and procedures, in applications filed with the U.S. Foreign Intelligence Surveillance Court (FISC) relating to a certain U.S. person.”

“As part of this examination, the [Office of the Inspector General] also will review information that was known to the DOJ and the FBI at the time the applications were filed from or about an alleged FBI confidential source,” it continued.

Two days later, Horowitz is scheduled to appear before the Senate Judiciary Committee, which is chaired by Graham, to discuss his findings, presumably.

Though practically everything President Donald Trump does is leaked to some mainstream media outlet, thus far there have been no leaks regarding the content of this report.

That would normally be an astounding revelation but perhaps nothing is being leaked because there isn’t much good news in the report for the Deep State actors who, if previous reporting is accurate, pretty blatantly liked to the FISA court to get surveillance warrants on the Trump campaign.

It’s a crime to misrepresent evidence presented to the FISA court, and it appears that James Comey’s FBI did that when they used the bogus “Russia dossier” to secure those warrants.

One other thing to watch, speaking of Comey: Remember when, in September, Horowitz’s office declined to prosecute him for violating several policies and rules in releasing, without proper authorization, a series of memos he wrote following meetings with President Donald Trump in early 2017?

But that doesn’t mean that Comey’s out of hot water just yet. In fact, former FBI Assistant Director Kevin Brock, writing in The Hill, thinks that the next report from IG Michael Horowitz will contain some legitimate legal entanglements for Comey because he signed off on warrant applications filed before the Foreign Intelligence Surveillance Act (FISA) court using ‘evidence’ — the “Russia dossier” — he himself testified was “salacious and unverified.”

False, in other words. And that’s a crime.

Comey may try to deflect with celebratory comments that he wasn’t charged with mishandling classified information, but he remains in a precarious position — and the trend lines aren’t good.

Next up will be the IG’s findings regarding Comey’s truthfulness before the Foreign Intelligence Surveillance Act (FISA) court and whether he attested to false or misleading statements in order to electronically monitor a presidential campaign.

That determination may not be as cut-and-dried as many think it is, but it hopefully, at a minimum, will explain why Comey believed he could sign off multiple times on a FISA application based largely on information that he, himself, described as “salacious and unverified.” His exposure here is potentially much more devastating than breaking FBI record retention and handling rules.

And next? U.S. Attorney John Durham, who is now conducting a criminal investigation into the origins of Spygate.

BREAKING News Out Of The DOJ- THEY’RE DOING IT!!!

BREAKING News Out Of Seattle… HE’S DONE! LOOK WHAT HE DID!!!