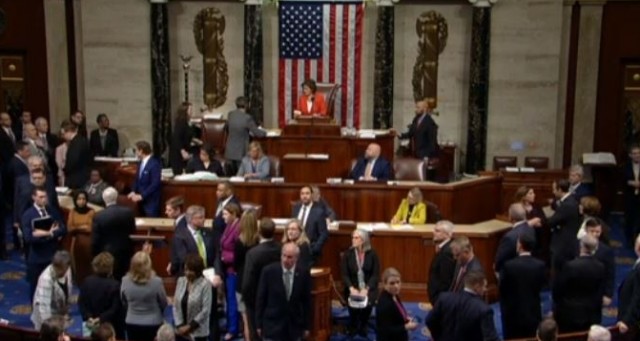 “We’ve had far too many tragedies, This is a bipartisan, common-sense bill to prevent family fire.   The added incentive of the small tax credit will prevent suicides and school shootings, saving lives.  I was thinking of this as a father of two young children, Everything we can do to get those firearms locked is really critically important.  Studies show more than 75% of school shootings and 80% of youth suicides are linked to unsecured guns in the home.” ~ Rep. Mike Levin, D-Calif

Rep. Rodney Davis, R-Ill., voted against a bill expanding universal background checks, but he’s on board with Levin’s plan.

This bill has enough bipartisan support to move forward, according to Kyleanne Hunter of the Brady Campaign, one of the nation’s largest gun control advocacy groups.

The bill put before the U.S. House of Representatives would give tax credits to retailers every time they sell a safe gun storage device.

What does this really change? Companies that sell firearm safes do so for profit, now they get a tax credit for it as well.  That is 0 incentive for firearm owners to purchase one.  Ok yea, the politicians get to act like they did something and puff out their chests but in the end, it is a complete waste of tax payers money that pays their salaries.

Seems to me, this would be a slippery slope to pass another bill for “tax credits” for firearm owners and that is called a registry database.

Pelosi Gets Trolled Hard By GOP Rep. And She’s Not Happy About The Video From Past That Got Released