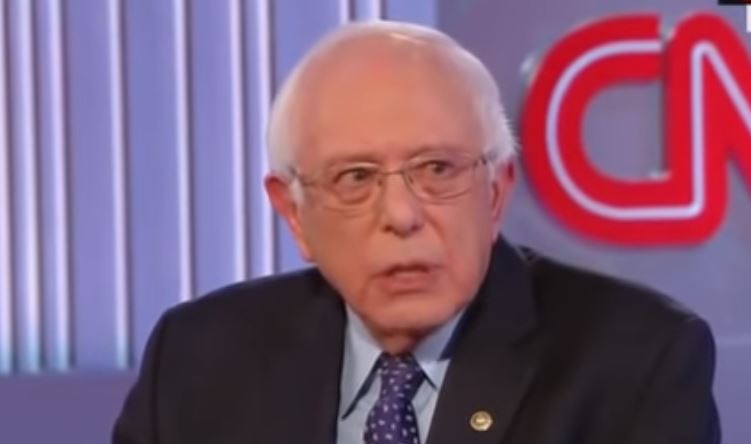 Rep. Tulsi Gabbard (D-HI) has received support from many Dems on Hillary’s insane unfounded allegations that she is a Russian asset.

As we reported earlier, Clinton claimed in a podcast hosted by former Barack Obama 2008 campaign manager David Plouffe last week that Gabbard was a “Russian asset” likely to run as a third-party candidate. She cited no evidence to back up her claim — which Gabbard promptly rejected, calling Clinton the “queen of the warmongers” and blaming her for a string of media smears.

Well surprisingly enough, the one and only Bernie Sanders has jumped to Democratic Hawaii Rep. Tulsi Gabbard’s defense.

“Tulsi Gabbard has put her life on the line to defend this country. People can disagree on issues, but it is outrageous for anyone to suggest that Tulsi is a foreign asset,” Sanders said on Twitter.

Tulsi Gabbard has put her life on the line to defend this country. People can disagree on issues, but it is outrageous for anyone to suggest that Tulsi is a foreign asset.

In a video released Sunday on Twitter, Gabbard talks about the origins of her long-simmering feud with Democratic leaders, dating back to her support for the insurgent campaign of Sen. Bernie Sanders (I-VT) in 2016.

Hillary & her gang of rich, powerful elite are going after me to send a msg to YOU: “Shut up, toe the line, or be destroyed.” But we, the people, will NOT be silenced. Join me in taking our Democratic Party back & leading a govt of, by & for the people! https://t.co/TOcAOPrxye pic.twitter.com/TahfE2XOek

Allegations that Gabbard is a Russian asset have picked up steam in recent weeks as some establishment Democrats have expressed concern that she will run a third-party campaign that could draw votes from the eventual Democratic nominee, The Daily Caller reported.

The New York Times published an article on Oct. 12 airing some of those concerns. On Oct. 15, CNN commentator Bakari Sellers called Gabbard a “puppet” for the Russian government.

Clinton took the accusation to a new level earlier in October, claiming in an interview that the Russian government was “grooming” Gabbard to run as a third-party candidate, seemingly to help President Donald Trump.

“I think they’ve got their eye on somebody who is currently in the Democratic primary and are grooming her to be the third-party candidate,” Clinton said in an interview with CNN.

“She’s the favorite of the Russians.”

Gabbard, 38, responded to Clinton’s comments in an interview with Tucker Carlson on Friday. She said that Clinton’s remarks were a slap in the face to “every veteran in this country, every service member, every American, anyone watching at home fighting for peace and who was calling for an end to these regime change wars.”

Gabbard, who served in the Hawaii Army National Guard during the Iraq war, is considered an anti-interventionist, and has opposed efforts to overthrow Bashar al Assad as president of Syria.

Gabbard resigned as vice-chair of the Democratic National Committee in February 2016, and endorsed Sanders for president over Clinton. Gabbard had argued for more primary debates, putting her at odds with other DNC officials, and the Clinton campaign.

“Well, first of all, I am resigning from the DNC so that I can support Bernie Sanders for president. I would like to tell you why. As a veteran and as a soldier I’ve seen firsthand the true cost of war. I served in a medical unit during my first deployment where every single day I saw firsthand the very high human cost of that war. I see it in my friends who now a decade after we’ve come home are still struggling to get out of a black hole.

I think it’s most important for us as we look at our choices as to who our next commander-in-chief will be is to recognize the necessity to have a commander-in-chief who has foresight, who exercises good judgment, who looks beyond the consequences, who looks at the consequences of the actions that they are looking to take before they take those actions so that we don’t continue to find ourselves in these failures that have resulted in chaos in the Middle East and so much loss of life.”

So there you have it.

Question- how does Hillary supposedly know about all this Russian BS?

THINGS THAT MAKE YOU GO HMM…

DS & NYT Busted Yet Again In Sloppy Failed C 0 Up Against Trump, President Eats Their Lunch On Twitter

BREAKING News Out Of Russia And It’s Not Good

BREAKING: China Just Teamed Up With Russia And Sent BRUTAL MESSAGE TO AMERICA!!!