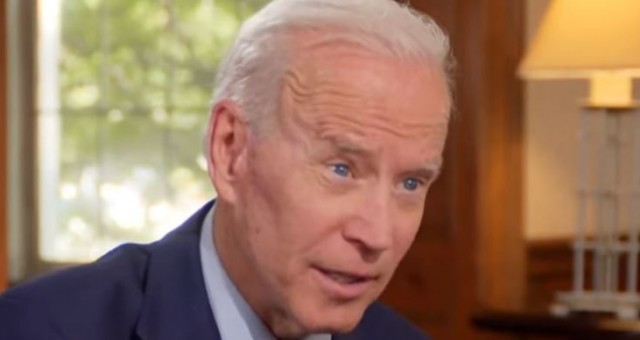 When your presidential campaign is tanking because you can’t remember what state you’re in or what you were getting ready to say next, you’re involved in a major scandal and you have a reputation for groping kids and other guy’s wives — what do you do?

Easy- You accept the endorsement of another creepy democrat whose got a reputation for taking part in a sexual assault, (TNS) reports.

Former Connecticut Sen. Chris Dodd will forever be known as the other half of a “waitress sandwich” compliments of the later murderer-senator Ted “Chappaquiddick” Kennedy (D-Mass.).

It seems entirely appropriate that Chris "Waitress Sandwich" Dodd would back Biden, and that Creepy Uncle Joe would welcome the endorsement.https://t.co/07O46NZtRc

Here’s a little history about the infamous “Waitress Sandwich” incident:

Ted Kennedy (D-Mass.) then 53, had dinner with fellow Sen. Chris Dodd (D-Conn.), at a swanky Washington restaurant. Michael Kelly reported the scene for GQ in 1990:

“It is after midnight and Kennedy and Dodd are just finishing up a long dinner in a private room …They are drunk. Their dates, two very young blondes, leave the table to go to the bathroom. (The dates are drunk too. “They’d always get their girls very, very drunk,” says a former Brasserie waitress.) … Raymond Campet, the co-owner of La Brasserie, tells [waitress Carla] Gaviglio the senators want to see her.

“As Gaviglio enters the room, the six-foot-two, 225-plus-pound Kennedy grabs the five-foot-three, 103-pound waitress and throws her on the table. She lands on her back, scattering crystal, plates and cutlery and the lit candles. Several glasses and a crystal candlestick are broken. Kennedy then picks her up from the table and throws her on Dodd, who is sprawled in a chair.

With Gaviglio on Dodd’s lap, Kennedy jumps on top and begins rubbing his genital area against hers, supporting his weight on the arms of the chair. As he is doing this, [Betty] Loh [another server] enters the room. She and Gaviglio both scream …Startled, Kennedy leaps up. He laughs.

Bruised, shaken and angry over what she considered a sexual assault, Gaviglio runs from the room. Kennedy, Dodd and their dates leave shortly thereafter, following a friendly argument between the senators over the check.”

Interesting, huh? I guess that was acceptable back then. Imagine if Trump did this! IMPEACH! Feaking liberal garbage.

There are various other outlets that reported the incident including the Hartford Courant, The Hill and others.

So Biden has the endorsement from another drunken perv Democrat.

Civil Rights Attorney Leo Terrell: ‘I Can Try Joe Biden in a Courtroom and Convict Him of Being a Racist’