COLUMBUS COUNTY, NC — At 6:55am Columbus County Sheriff’s Office Deputies, Brunswick Fire Department, and Whiteville Rescue were dispatched to a home on Brittany Lane, outside of Whiteville, in reference to multiple victims with reported gunshot wounds.

Upon arrival, CCSO Deputies located four individuals at the residence with apparent gunshot wounds. Despite all life-saving efforts, three of the four victims succumbed to their injuries. The fourth victim was transported to Columbus Regional Healthcare Systems by Whiteville Rescue and is expected to survive. CCSO Deputies secured the scene and began an investigation.

CCSO and Columbus County District Attorney Investigators arrived shortly after to interview witnesses and to conduct a crime scene investigation. 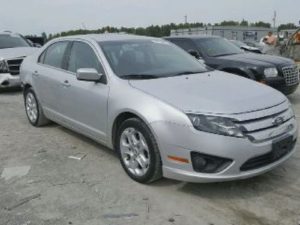 Sheriff Jody Greene wants to remind the public that it is important to pay attention to what is going on around you and to call 911 if you see anything suspicious.

The Columbus County Sheriff’s Office Criminal Investigations Division is requesting anyone with information in this case to please contact Investigator B. Fowler at 910-640-6629.

This investigation is ongoing.

Our thoughts and prayers go out to everyone involved.

Feel free to let us know what you think by scrolling down to the comments!

BREAKING: Massive Manhunt Underway After Man Opens Fire On Police And Is Considered Armed And Dangerous