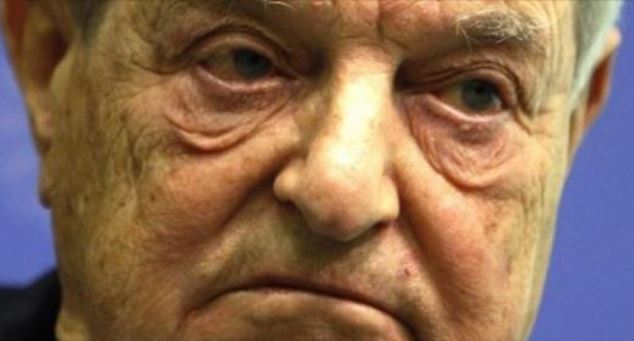 (NationalSentinel) Leftist billionaire George Soros has funneled some $9 million in funding to groups that are lobbying Congress to repeal a law protecting gun manufacturers from liability lawsuits, essentially blaming them for mass shootings committed by third parties.

According to documents reviewed by the Washington Free Beacon, the Open Society Policy Center, which is Soros’ D.C.-based 501(c)(4) nonprofit organization and global advocacy group — affiliated with the much bigger Open Society Foundations — has spent some $9 million into repeal efforts this year.

Soros’s group reported spending $2.6 million on lobbying throughout the first quarter, covering international, military, and appropriations issues. In addition, the center moved into gun control advocacy and reported lobbying on “issues related to a bill to repeal the Protection of Lawful Commerce in Arms Act.”

The Protection of Lawful Commerce in Arms Act (PLCAA) was passed as a bulwark against frivolous lawsuits attempting to hold gun companies responsible for criminal acts committed by third parties—sometimes decades after the first legal sale of the firearm.

Also, the center reported spending $5.92 million throughout the second quarter of this year, which included lobbying the House of Representatives and Senate for the Equal Access to Justice for Victims of Gun Violence Act, legislation that would repel the PLCAA.

The gun industry protection legislation was pushed by the National Shooting Sports Foundation (NSSF), among others, in 2005, as a way to protect gun makers from liability lawsuits filed by Left-wing gun control groups.

“The National Shooting Sports Foundation worked with Congress to get the Protection of Lawful Commerce in Arms Act passed with broad bipartisan support and signed into law by President George W. Bush,” Mark Oliva, a spokesman for the group, told the Washington Free Beacon.

“This law correctly protects the firearms industry against frivolous lawsuits that seek claims against manufacturers for the criminal misuse of a firearm. Those who commit crimes with a firearm are the ones who bear the responsibility for the horrific effects of their actions. The PLCAA ensures this is the case.”

The law’s supporters have likened gunmaker lawsuits to suing car manufacturers for deaths caused by drunk driving or even when vehicles are used to kill large numbers of people in a terrorist attack.

It should be noted, however, that the law does not protect gun manufacturers from other liability claims. Recently, Remington settled a class-action lawsuit linked to defective triggers in their 700-series bolt-action rifle.

Rather, the law protects gun companies from being held liable “for the harm solely caused by the criminal or unlawful misuse of firearm products or ammunition products by others when the product functioned as designed and intended.”

“Seeking redress against a firearms manufacturer instead of the criminal is no different than a drunk-driving victim holding Ford responsible for that crime,” Oliva said.

It’s up to all of us to fight and vote Republican because if the Democrats win they WILL take away our 2nd Amendment rights.

Showdown Against Gun Sanctuaries: Virginia Set To Pass Seven New Gun Control Laws And They Are Fully Out Of Control