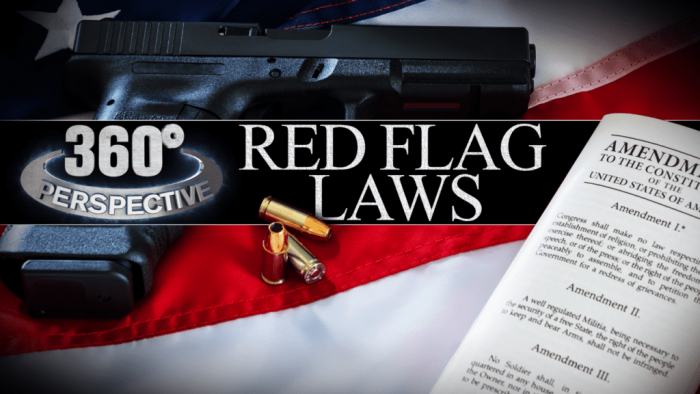 OPINION– Senate Majority Leader Mitch McConnell (R-KY) indicated an “assault weapons” ban and other gun controls would be “front and center” when the Senate reconvenes in September.

The Courier-Journal reports that McConnell was a guest on the Louisville, KY, Terry Meiners Show where he said, “What we can’t do is fail to pass something,” adding, “The urgency of this is not lost on any of us.”

The comments come following the recent mass shootings in El Paso, Texas, and Dayton, Ohio, that killed 31 people. McConnell, a strong supporter of gun rights, said he is not calling the Senate back early but instead spending the next few weeks working with staff and Republicans and Democrats on key committees to develop something to get bipartisan support. He did not guarantee votes on the variety of proposals he mentioned and repeatedly noted there had to be bipartisan agreement on proposals, Breitbart reports.

“We had that ban for about a 10-year period. There’s a good deal of dispute about whether it actually had an impact or not,” McConnell told radio host Terry Meiners. “It’s certainly one of the front and center issues. I think … probably background checks and red flags will probably lead the discussion. But a lot of other things will come up as well.”

Red flag laws — also known as Extreme Risk Protection Orders (ERPOs) or Gun Violence Restraining Orders (GVROs) — enable law enforcement, and sometimes family members and other concerned parties, to petition a judge to remove guns from individuals who pose a threat to themselves or others.

A bipartisan proposal by Sens. Lindsey Graham, R-S.C., and Richard Blumenthal, D-Conn., is gaining momentum.  The emerging plan would create a federal grant program to encourage states to adopt “red flag” laws to take guns away from people believed to be dangers to themselves or others.

In an interview, Blumenthal said there’s “a growing wave of support on both sides of the aisle” for the red-flag plan — more momentum in fact “than any other gun violence plan” being debated in Congress, including a proposal Blumenthal supports to require universal background checks for gun purchases. 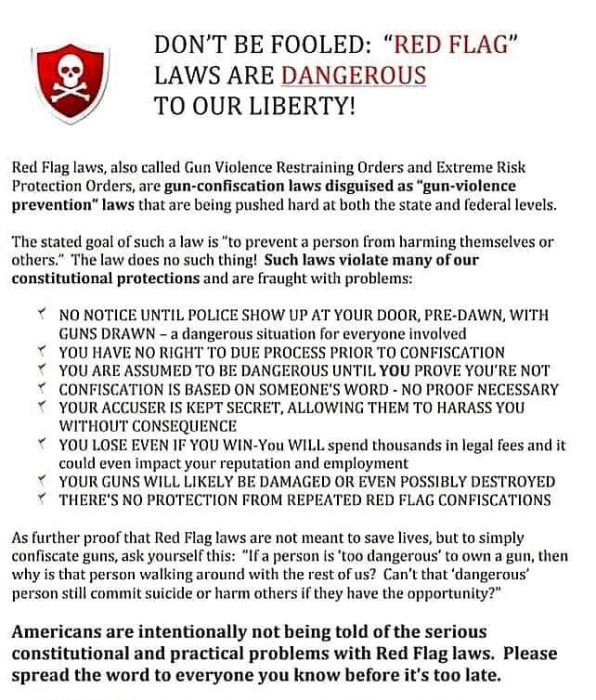 A closer look at red flag laws, which have been adopted by at least 17 states and the District of Columbia, including a law set to take effect Aug. 24 in New York.

How Many States Have Red Flag Laws?

February 2018, the number of states passing “red flag” laws doubled. Seventeen states and Washington, D.C., now have some kind of ERPO law on the books:

In addition, four states have some kind of “red flag” bill proposed in their legislature: Ohio, Pennsylvania, Michigan and North Carolina.  Sen. Lyndsey Graham, R-S.C., and Sen. Richard Blumenthal, D-Conn., have indicated they are working on crafting a national “Red Flag” law bill in the U.S. Senate. The bill would provide grants to states that pass these laws.