The Democrat Party of today is NOTHING like they used to be.

They used to be pro-life, pro God, believed that marrige is between man and woman and wanted to secure our border with a WALL!

But that’s all changed

It’s as if they all drank some evil potion and have turned into freaking LUNATICS!

Back in 2006 Biden called for a 40 story fence at the border to stop the flow of illegals and drugs.

He made the comments at a South Carolina rotary club in November 2006 which you will see in the video below.

Biden touted his support for the Secure Fence Act — a bill that authorized 700 miles of double-layered fence on the border through more than a billion dollars in appropriations. The bill was also supported by then-Sens. Barack Obama and Hillary Clinton, CNN reports.

“Folks, I voted for a fence, I voted, unlike most Democrats, and some of you won’t like it, I voted for 700 miles of fence,” Biden said. “But, let me tell you, we can build a fence 40 stories high, unless you change the dynamic in Mexico and you will not like this, and punish American employers who knowingly violate the law when, in fact, they hire illegals. Unless you do those two things, all the rest is window dressing.”

“And let me tell you something folks, people are driving across that border with tons, tons, hear me, tons of everything from byproducts for methamphetamine to cocaine to heroin and it’s all coming up through corrupt Mexico,” he said.

But alas, Sleepy Creepy Joe has apparently evolved and has done a fullblown 180.

Check out this video. It’s not the best quality but it’s definitely a must see!

That was then- this is now… Times sure have changed.

Join us at SPREELY if you want to try social media without the leftist censorship!

Exposed: Biden’s Sister Made Millions From Joe’s Campaigns Via Her Own Consulting Firm 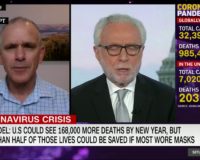 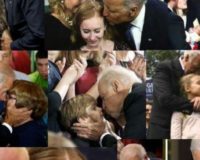