Trump rolls back Iran funding mechanism that Obama, Kerry set up for the terror-supporting regime

By JonDougherty at The National Sentinel

There is a reason why POTUS Donald Trump believes that Obama’s second secretary of state, John Kerry, violated the Logan Act when he held secret negotiations with Iran last year: Because he thinks Kerry was trying to save a “nuclear deal” that included a generous revenue stream Tehran has used to spread terror that also threatens U.S. personnel. 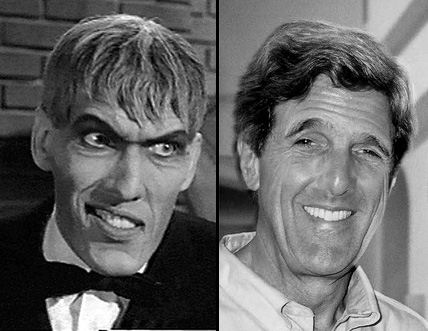 This week the president ramped up sanctions against Iran by, in part, curtailing an arrangement that Obama and Kerry set up which provided a steady stream of funding, as the Washington Free Beacon reported:

In announcing another round of sanctions on Iran this week, the Trump administration took unprecedented steps to roll back a series of cash windfalls authorized by the Obama administration that have lined the extremist regime’s pockets and enabled it to make strides in its ballistic missile technology, according to policy experts.

President Donald Trump, on the anniversary this week of leaving the landmark nuclear deal, issued another salvo of sanctions that target Iran’s lucrative iron, steel, aluminum, and copper sectors. Each of these arenas has helped Iran’s hardline regime stockpile billions in cash as the country’s economy teeters on the brink.

The sanctions represent “the first significant expansion of sectoral sanctions since 2013,” according to veteran foreign policy analysts at the Foundation for Defense of Democracies, or FDD, a think-tank that enjoys close ties with the Trump administration.

The sanctions will pressure Iran’s Revolutionary Guards Corps, or IRGC, the regime’s paramilitary fighting force that also controls significant portions of the country’s economy, mainly those like the precious metals sector that can be used for military purposes.

On Thursday, the president lambasted one of the architects of the horrific “Iran nuclear deal” for meddling in the current administration’s affairs regarding its policies and dealings with the Islamic republic.

“That’s a violation of the Logan Act, and frankly he should be prosecuted on that, but my people don’t want to do anything on that,” POTUS told reporters at the White House.

“John Kerry violated the Logan Act, plain and simple,” the president said Thursday. “He shouldn’t be doing that.”

Meantime, the president shows no signs of perpetuating the Obama-Kerry effort to enrich Iran at the expense of U.S. and Israeli security.

“This [new] designation significantly increases pressure on Iran’s economy by targeting industries from which Iran derives significant income,” according to FDD, which analyzed how the sanctions would impact Iran’s multi-billion energy sector.

“It also enhances the administration’s targeting of materials necessary to support Iran’s nuclear and ballistic missile programs, and provides for the first significant expansion of sectoral sanctions since 2013.”

And yet, this is the “deal” that Kerry tried to save.

This article was written by JonDougherty at The National Sentinel and was republished with permission.

BOMBSHELL News Out Of Syria… It’s NOT Good