Well, this is certainly one of the stranger stories you will see today- that I can tell you!

It happened at a Wisconsin Walmart store Wednesday night after a karate-performing mother, her naked son, and their dog shoplifted and caused complete chaos in the store. 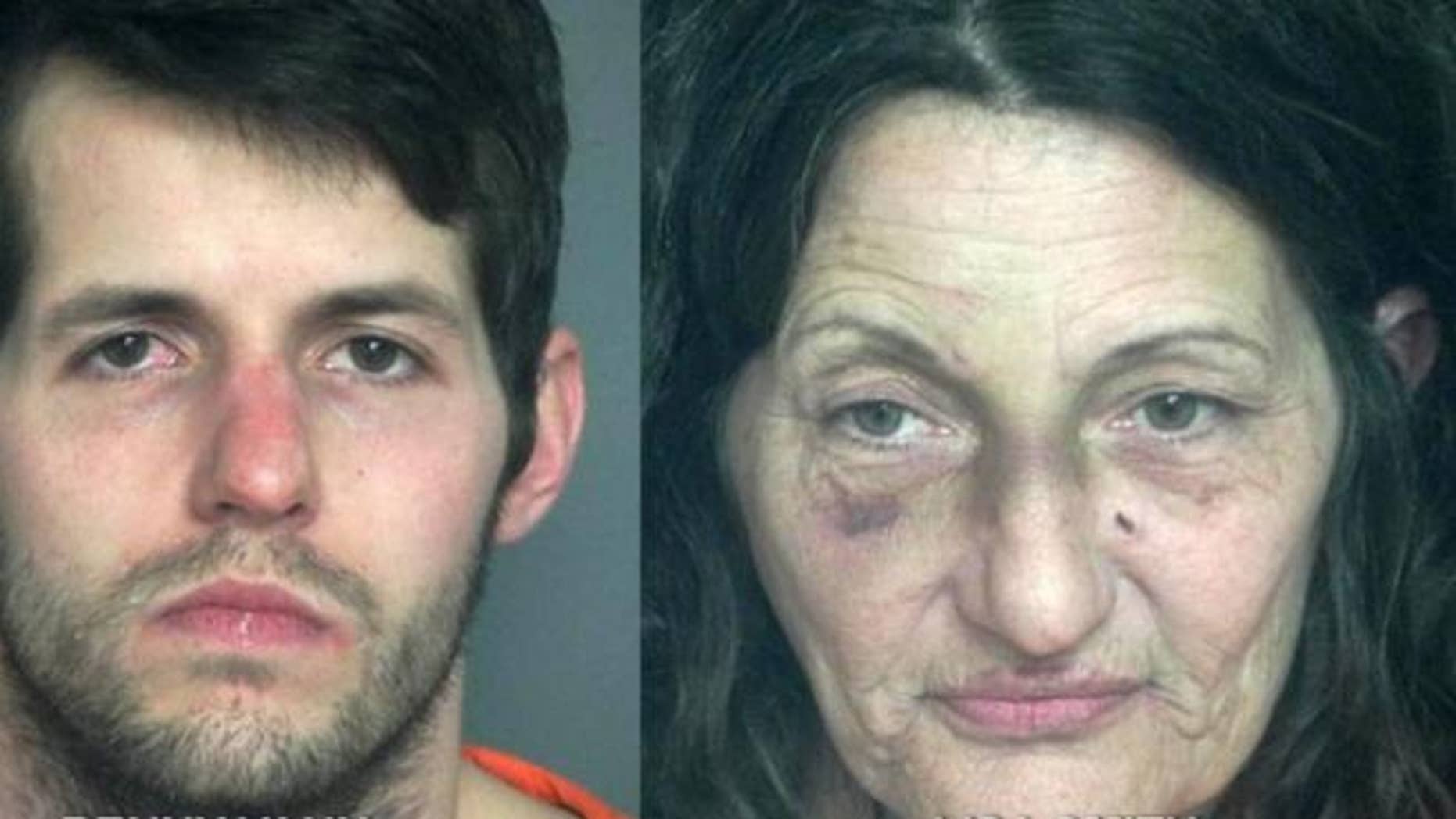 The Eau Claire Police Department said on social media that the officers responded to a call that a woman, Lisa Smith, 46, and her dog “Bo” shoplifted items from the store. The woman’s son, 26-year-old Benny Vann, was causing chaos in the store as well. (Eau Claire County Jail) via Fox News

“Last night shortly before 8:30pm Officers were called to Walmart for a retail theft in progress. They were told a female, and her dog had shoplifted items from the store. When Officers arrived at Walmart they found the female, Lisa Smith 46yo, screaming in the entryway and trying to catch her dog “Bo”. They also learned that her son, Benny Vann 25yo, was in the store causing problems.

In trying to figure out what happened, Officers learned Smith had come into Walmart with her unleashed Dog “Bo.” While Bo ran up to customers, Smith erratically started pulling apart store displays and placing them in her cart. She was asked to leave by staff and left the store to perform karate moves in the parking lot. In the meantime, Bo got a box of Jiffy Cornbread Muffin Mix and tried to leave the store. Smith was arrested and fought with Officers — she also attempted to kick out a window on the squad car.

While this was occurring, Vann had made his way to the back of the store and removed all of his clothing exposing himself to other customers. Vann retrieved new clothing from the racks but did not purchase these items. When Officers approached Vann he refused to stop and attempted to run over an Officer with his scooter. Officers physically stopped the scooter and arrested Vann.

Last night shortly before 8:30pm Officers were called to Walmart for a retail theft in progress. They were told a…

Stranger things have happened at Walmarts across the country I suppose but this one ranks right up there!

Let me know what you think in the comments below if you would like to.