The city of Chicago sued actor Jussie Smollett on Thursday for the cost of investigating his controversial case, as promised, one week after the “Empire” actor refused to reimburse the city.

In a statement obtained by Fox News, the city’s law department said on Thursday that it filed a civil complaint against Smollett, 36, in the Circuit Court of Cook County “that pursues the full measure of damages allowed under the false statements ordinance.” 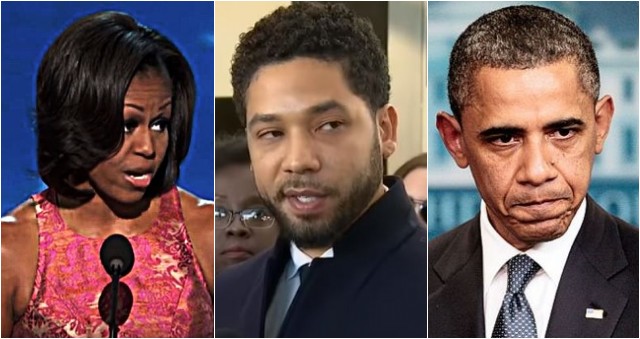 “The Law Department has filed a civil complaint against Mr. Smollett in the Circuit Court of Cook County that pursues the full measure of damages allowed under the false statements ordinance,” Department of Law spokesperson Bill McCaffrey said in a press statement.

“This follows his refusal to reimburse the City of Chicago for the cost of police overtime spent investigating his false police report on January 29, 2019,” the statement added.

The lawsuit doesn’t include a specific monetary figure, but suggests the amount the city will seek from Smollett will be higher than the $130,000 sought earlier.

In late January, Smollett told police he was attacked by two masked men as he was walking home from a Chicago Subway sandwich shop at around 2 a.m. The actor, who is black and openly gay, said the masked men beat him, made derogatory comments and yelled “This is MAGA country” — an apparent reference to President Trump’s campaign slogan, “Make America Great Again.”

Police eventually determined the masked men were the Osundairo brothers, and they were identified as the men seen on surveillance video buying the rope that was hung around Smollett’s neck during the alleged attack. Johnson told the media at the time that the Osundairo brothers were cooperating with investigators, and that the investigation was pivoting from a hate crime probe into an inquiry into false reporting.

What a freaking moron.

ISIS Welcomes Biden To Presidency With A Double Suicide Bombing In Baghdad
January 22nd, 2021 The Lid

Did You See What The Last Administration Did Before Leaving Washington D.C.? Let’s Call It For What It Is…
January 22nd, 2021 Sons of Liberty Media