Jussie Smollett’s attorney Tina Glandian offered an explanation as to why the “Empire” star said his alleged attackers were white.

She said her client’s alleged attackers might have worn whiteface… Isn’t that racist? Oh yeah, it’s only racist if you are a white person. My bad.

For God’s sake- how lame is that? 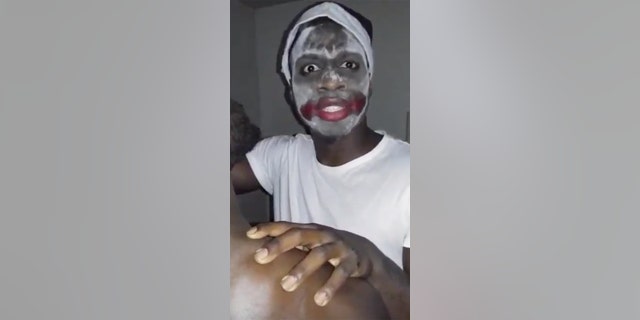 His eyes are black. And what about the “THIS IS MAGA COUNTRY!” crap?

BREAKING: This is a photo of the two white supremacists who commited a racist attack on Jussie Smollett. They have been arrested. They were extras on Empire and are two of the blackest white supremacists in history. No matter how you cut it Jussie lied. pic.twitter.com/IBVgODe5Fp

Fox News reports that Glandian said on “Today” that when Smollett was told by police his attackers were the Osundairo brothers, whom he knew from the set of “Empire,” he was shocked.

“He did tell police that from what he saw, he thought it was white or pale skin, that’s what he initially said,” Glandian said before adding, “Obviously, you can disguise that. You can put makeup on.”

"Obviously, you can disguise that, you can put makeup on…" pic.twitter.com/zzvrlmBydI

Daily Caller reports tthat the Nigerian Osundairo brothers alleged the “Empire” actor, 36, hired them to attack him in order to stage a fake hate crime. After the alleged attack, Smollett told police at least one of the attackers had white or pale skin, according to Glandian.

Authorities arrested and charged Smollett in February for allegedly filing a false police report, which claimed he was attacked, splattered with a chemical substance and put into a noose-like rope. The two attackers yelled, “This is MAGA country,” in the Jan. 29 attack, according to the actor.

Chicago police reportedly have photos of the Osundairo brothers and Smollett together in a car only days before the attack.

A grand jury indicted him on 16 felony counts of disorderly conduct in early March. Smollett pleaded not guilty to the counts on March 14. Chicago prosecutors, however, dropped all 16 charges against the actor Tuesday.

Confusion about why they dropped charges as well as what happened during the alleged attack persists.

Even Democratic California Sen. Kamala Harris said Tuesday she was “completely confused” after the charges were dropped. “To be perfectly honest with you, Wolf, I’m completely confused. I don’t understand. I don’t know the underlying evidence. There’s a sealed document, obviously. I don’t know. I’m at a loss,” she told journalist Wolf Blitzer in an interview.

Ola and Abel Osundairo have not made public remarks contesting Smollett’s claims of innocence after prosecutors dropped the charges.

FBI & DOJ to review the outrageous Jussie Smollett case in Chicago. It is an embarrassment to our Nation!

This isn’t even close to being over yet folks.