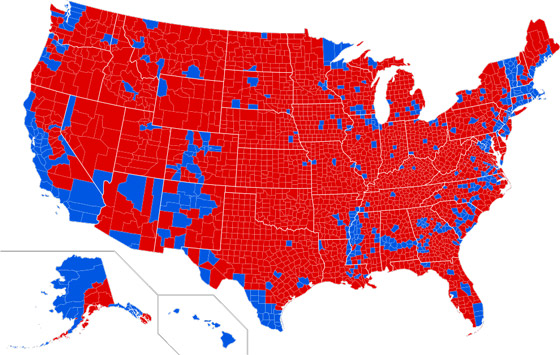 Certain political elements within the United States simply can’t deal with the fact that our Founders created a voting system that ensured limitations on mob rule stemming from a handful of cities throughout the country. To protect the rights of all Americans, including those living in smaller rural counties, they came up with the electoral college, a method by which all Americans from varying backgrounds and ideologies can be represented during a Presidential election.

Every time a Republican happens to win a Presidency, Democrats argue that the Electoral College is an archaic election method not representative of a democratic government.

Up until now there was nothing they can do about it, but Colorado has come up with a plan that, at the very least, will likely wind up in front of the U.S. Supreme Court.

In the next election, Colorado aims to assign all electoral votes to the winner of the national Popular Vote, rather than then to the individual who brings in the most votes in their State, essentially invalidating the will of their own State citizens. Somehow, this makes sense to Colorado governor Jared Polis:

“I’ve long supported electing the president by who gets the most votes,” Polis told The Hill. “It’s a way to move towards direct election of the president.”

Colorado will become the 12th state to join the national popular vote interstate compact. Those 12 states and the District of Columbia, which has also passed a popular-vote bill, account for 181 electoral votes, just under 90 shy of the 270 votes a presidential candidate needs to win the White House.

Eleven more states are currently working through similar legislation. If successful, some 261 electoral college votes would end up being decided by the national popular vote rather than the traditional electoral voting system used in previous elections.

While the U.S. Constitution establishes the Electoral College as the method by which a President is elected, it does not specify how each state chooses to assign its Electoral votes.

This will likely lead to Constitutional challenges from both sides.

Our view: This is how a Republic dies, should the Supreme Court fail to uphold current laws surrounding how votes are assigned and calculated.

The electoral map above shows exactly why Democrats, once again, have to move the goal posts to win.