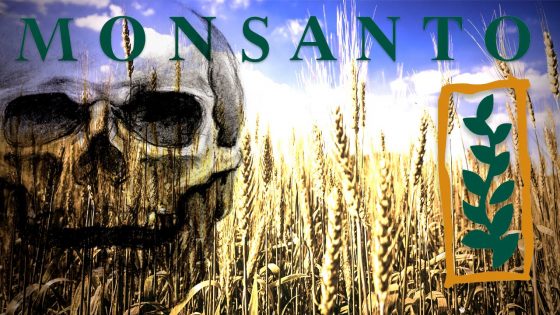 All but one of 20 alcoholic beverages analyzed in a recent study by the United States Public Interest Research Group (PIRG) had detectable levels of the pesticide glyphosate. Glyphosate is a well-known chemical in the weedkiller, Roundup.

The beer and wine tested were said to contain levels of glyphosate that were below the Environmental Protection Agency’s tolerance levels. Kara Cook, who conducted the study said that she would not suggest people quit drinking beer or wine because of this discovery, but they do need to be aware of it. “The levels we found are not in themselves dangerous,” Cook says according to WebMD. “They are well below the EPA tolerance levels. I wouldn’t tell somebody, ‘Don’t drink beer or wine.”’

However, the report concluded that the Environmental Protection Agency should ban glyphosate ”unless and until it can be proven safe,” due to what the group says is more evidence that it causes cancer.  Glyphosate residues may show up in beer if the pesticide is used on barley, for instance, and in wine if growers spray the weeds near grapevines.

William Reeves, Ph.D., a toxicologist for Bayer, which owns Monsanto, the maker of Roundup, takes exception to the report’s findings and recommendations. In a statement, he says the PIRG “is publicizing misleading information about pesticide residues in food.”

Reeves takes issue with some of the research, including the method the researchers used to measure the levels of pesticide in the beverages, which he says is not acceptable for use with any source other than water.

He says a 125-pound person would need to drink a large amount of wine a day for life to reach the EPA tolerable limit for people. –WebMD

But what are the EPA’s tolerance levels? Just how much poison does the government suggest is safe? The EPA sets allowable glyphosate residues on more than 150 different food and feed crops (but there is no limit on beer or wine). Tolerances ranges from 0.2 to 400 ppm — or 200 to 400,000 ppb. For the report, the PIRG researchers tested five wines, 14 beers, and one hard cider for the presence of glyphosate. The amount detected ranged from a high of 51 parts per billion (ppb) in a Sutter Home wine to no detectable levels in Peak Organic IPA beer.

On its webpage, the EPA says that glyphosate products can be safely used if label directions are followed and that it has ”low toxicity for humans.” However, “low toxicity” is still toxic, just in lower amounts.

So are the beers and wines tested safe? Who even knows at this point. We aren’t going to get a realistic study on glyphosate as long as there is huge money in making sure it’s continually marketed as “safe.” This is one of many situations in which you will need to take some responsibility and make an educated decision for yourself.  Are those levels of a possible carcinogen that hasn’t been studied for longterm effects on humans acceptable?  That’s all up to you.