Police have arrested a man who previously dated Valerie Reyes, the woman whose body which was bound at the hands and feet was discovered last week stuffed into a large red suitcase dumped on a roadside in a Connecticut town.

It turns out hat the scumbag is an ILLEGAL ALIEN! 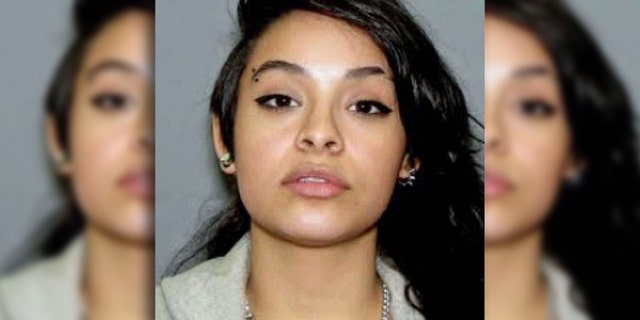 Multiple sources reported the man arrested is Javier DeSilva of Flushing, N.Y., who previously had a relationship with the victim. DeSilva is a native of Venezuela and “has been in the country illegally since overstaying his visa,” CBS New York reported, citing sources.

Big surprise. These people are animals.

A source told the TV station the 24-year-old New Rochelle woman was “killed at her residence.” The United States Attorney for the Southern District of New York is handling the case, FOX  News reports.

The Greenwich Police Department announced the arrest of an individual “believed to be involved” in Reyes’ death. That same person had also “fraudulently used the ATM card” that belonged to her.

BREAKING: @GreenwichCTPD have made an arrest in the Valerie Reyes murder. Details to come. @News12CT pic.twitter.com/oKXWInb1D1

Reyes was identified last week as the person whose body was found jammed into a piece of luggage abandoned in upscale Greenwich, Conn. Reyes’ cause of death was not immediately clear.

Reyes’ mother, Norma Sanchez, said her daughter — who reportedly battled depression and anxiety — became paranoid shortly before disappearing. She was last seen Jan. 29 and reported missing the next day.

“She was very scared, very frightened,” Sanchez told the Rockland/Westchester Journal News. “She didn’t mention anything or no one specific. She just said, ‘I’m scared. I’m paranoid, mommy. I’m getting anxiety attacks.’ She was having a hard time talking.”

Though she reportedly never told her mom who she feared, Sanchez said Reyes was clear about what she feared, telling her mom: “’I’m afraid someone is going to murder me.”

Said Sanchez: “We wonder, ‘Who made her feel this way?'”

Reyes, who worked at a Barnes & Noble in Eastchester, N.Y., planned to train to become a tattoo artist and liked to sing.

So, we have another gruesome murder at the hands of an illegal alien scumbag,

But dems love these piles of crap.

We need the wall and we need it NOW!