The Justice Department announced an action today to stop two pharmacies, their owner, and three pharmacists from dispensing controlled substance medications, including powerful opioids that have been linked to abuse and diversion.

The action is part of a coordinated effort by the Department’s Prescription Interdiction & Litigation (PIL) Task Force to deploy all available criminal, civil, and regulatory tools to reverse the tide of opioid overdoses in the United States. Assistant Attorney General Jody Hunt for the Department of Justice’s Civil Division, U.S. Attorney Don Cochran for the Middle District of Tennessee, D. Christopher Evans, Special Agent in Charge of the U.S. Drug Enforcement Administration’s (DEA) Louisville Field Division, and Derrick L. Jackson, Special Agent in Charge at the U.S. Department of Health and Human Services (HHS), Office of Inspector General made the announcement.

In a civil complaint unsealed today in the Middle District of Tennessee, the United States alleges that Celina, Tennessee, pharmacies, Oakley Pharmacy, Inc., d/b/a Dale Hollow Pharmacy (Dale Hollow) and Xpress Pharmacy of Clay County (Xpress), the pharmacies’ owner, Thomas Weir, and pharmacists John Polston, Michael Griffith, and Larry Larkin were dispensing, and billing Medicare for, prescriptions in violation of the Controlled Substances Act and the False Claims Act. According to the United States’ complaint, the defendants’ unlawful dispensing of opioids has been tied to the deaths of at least two people and numerous others have been treated at hospitals for serious overdoses within a short time of obtaining controlled substances from the pharmacies.

“Pharmacies and pharmacists have a legal obligation to dispense controlled substances properly, so as not to put patients’ health at risk,” said Assistant Attorney General Jody Hunt for the Department of Justice’s Civil Division. “The Department of Justice will use every available tool to stop individuals and entities responsible for the improper distribution of controlled substances.”

The complaint alleges that the pharmacies and pharmacists filled numerous prescriptions for controlled substances outside the usual course of professional practice and in violation of the pharmacists’ corresponding responsibility to ensure that prescriptions were written for a legitimate medical purpose.

Specifically, the complaint alleges that the defendants routinely dispensed controlled substances while ignoring numerous “red flags” or warning signs of diversion and abuse, such as unusually high dosages of oxycodone and other opioids, prescriptions for opioids and other controlled substances in dangerous combinations, and patients travelling extremely long distances to get and fill prescriptions.  The complaint further asserts that the pharmacies falsely billed Medicare for illegally dispensed prescriptions.

Judge Aleta A. Trauger of the U.S. District Court for the Middle District of Tennessee issued the temporary restraining order.  Along with injunctive relief, the United States seeks civil monetary penalties and treble damages.

“The civil complaint unsealed today contains disturbing allegations of high-risk dispensing practices by the defendants,” said U.S. Attorney Don Cochran.  “Given the national public health emergency resulting from the opioid crisis in our nation, the U.S. Attorney’s Office will use every resource at our disposal, including seeking injunctive relief and civil monetary penalties as we have here, to stop pharmacies and pharmacists from continuing to abuse their dispensing authority to fuel this epidemic.”

“The action supported today by the Drug Enforcement Administration should serve as a warning to those in the pharmacy industry who choose to put profit over customer safety,” said D. Christopher Evans, Special Agent in Charge of DEA’s Louisville Field Division, which covers Tennessee, Kentucky, and West Virginia. “Pharmacists serve on the front lines of America’s opioid epidemic and they share responsibility with physicians to protect those whom they serve from the dangers associated with prescription medications.  We will be vigilant in holding them accountable,” Evans added.

“The opioid epidemic has been devastating for Tennessee and neighboring states,” said Derrick L. Jackson, Special Agent in Charge at the HHS Office of Inspector General. “Physicians and pharmacists have a dual responsibility to ensure that these medications are only prescribed and dispensed when they are medically necessary.”

The United States is represented by Trial Attorneys Ross Goldstein and Donald Lorenzen of the Justice Department’s Consumer Protection Branch, Assistant U.S. Attorney Ellen Bowden McIntyre for the Middle District of Tennessee, and Attorney Scott Dahlquist for the DEA’s Office of Chief Counsel. This investigation is being conducted by the DEA and the HHS Office of Inspector General.

A complaint is merely an allegation and there has been no determination of liability.

Trump: It Would Be ‘A Mistake,’ But Vows to Leave White House If Biden Wins Electoral College Vote
November 27th, 2020 The Mental Recession

CONFIRMED: Trump pardoned Flynn to put him back in play at the DoD with Chris Miller and Ezra Cohen-Watnick in preparation for mass ARRESTS of treasonous deep state actors
November 27th, 2020 DC Dirty Laundry 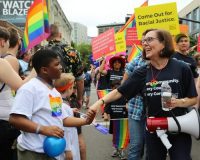 What Happens To A Nation That Refuses To Hold Their Representatives To The Standard Of American Government (Common Law)? You Get Governors Creating Policies That War Against The Law (Video)
November 27th, 2020 Sons of Liberty Media