A man who allegedly was involved in a drunk driving, hit and run accident that severely injured a 6 year old boy was an illegal alien with a criminal history who had been deported FIFTEEN TIMES, the Daily Mail reports:

Constantino Banda-Acosta, 38, has been arrested and charged with DUI resulting in bodily injury, hit-and-run with an injury – both felonies – and a misdemeanor driving without a license in connection to a crash that took place in San Ysidro Saturday night.

According to police, Banda-Acosta was driving his Chevy Silverado pickup truck at a high rate of speed on Camino de La Plaza at around 11.30pm when he blew past a stop sign at Dairy Mart Road and smashed into a Honda Accord carrying the Lake family, who were returning home from a trip to Disneyland.

Then it got MUCH worse:

The collision took place just a block away from the family’s home.

The driver of the speeding pickup truck did not pull over to render aid, officials said.

The victims’ Honda Accord sustained the heaviest damage on the driver and rear passenger’s side, where Lennox Lake was riding in his car seat, relatives told the San Diego Union-Tribune.

Ingrid Lake, the boy’s mother, scrambled out of the car and rushed to her son, who was unconscious, not breathing and bleeding from his nose, ears and a wound on his head.

Lennox was taken to Rady Children’s Hospital, where so far he has undergone two surgeries to stitch up a gash above his left eyebrow and to remove pieces of broken bone from his head, which entailed peeling back his scalp and opening his skull, according to the description of a GoFundMe campaign started by the victim’s aunt, Sandi Lake Taylor. 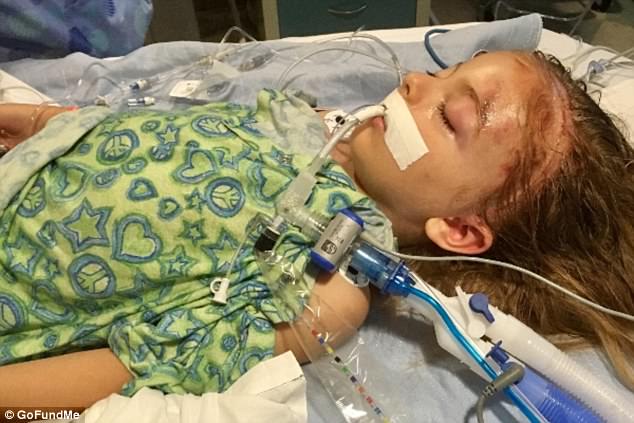 The very worst part of this is that it could have been avoided.

It could have been avoided with a wall.

It could have been avoided by strictly and consistently enforcing existing immigration law and taking action against “sanctuary” cities and states.

This should be a lesson for America.

Immediate deportation for those here illegally.

Create an effective deterrent and STOP the madness.

Be the first to comment on "Man Who Severely Injured 6-Year-Old in DUI, Hit and Run, Deported 15 Times"