BOSTON – A former Boston Police Officer was sentenced today in federal court in Boston with illegally purchasing two firearms on behalf of acquaintances. 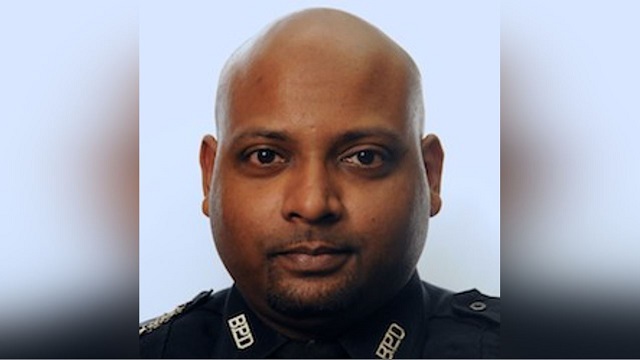 On two different occasions, in November 2014 and September 2015, Karani acted as the “straw purchaser” of two firearms, a Glock, model 27, .40 caliber pistol and a Glock, model 30S, .45 caliber pistol, which he purchased for two acquaintances. Karani purchased the firearms, which cannot be acquired by civilians, using his police identification and falsely certified that the firearms were for his official police use.

During one purchase, Karani also indicated that the firearm was not for resale. One of the firearms that Karani purchased was subsequently stolen from the person on whose behalf Karani bought the gun. The firearm was recovered by law enforcement during the arrest of Desmond Crawford, an alleged member of the Columbia Point Dawgs.

Straw purchases interfere with firearm regulation and recordkeeping, and federal law prohibits making false statements to a firearms dealer in connection with the sale of a firearm.