Government Shutdown: Food Stamp Money Is GONE At The End Of January 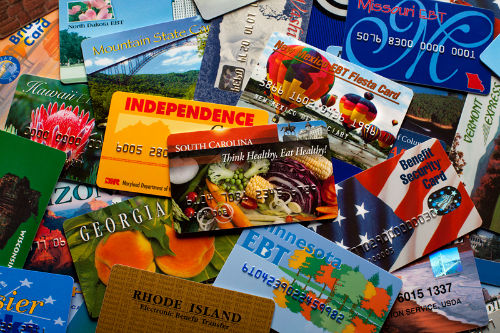 Without funding for a much-desired border wall, president Donald Trump doesn’t seem willing to budge at all during negotiations for the upcoming budget battle.  While Trump and Democrats both hold out, funding for the food stamp program will run out at the end of January.

The Department of Agriculture says if the ongoing government shutdown extends into February, there won’t be enough money for those who rely on the government welfare program known as food stamps.

During a lapse in government funding, we will be providing as many of our core services as we can using existing resources. We're keeping up our duty to "Do Right and Feed Everyone," as @SecretarySonny says.

At the heart of the government shutdown is Trump’s demand for more money to secure the southern border with Mexico, according to a report by Money and Markets.  The president seeks $5 billion in funding to fulfill his campaign promise of building the wall on the southern border as a way to stop the flow of illegal immigrants into the United States. The Democrats also have dug their heels in, saying they will not give any more than $1.3 billion, which is to be used for fencing and shoring up current security.

Trump has already warned Democrats that he refuses to budge and unless they agree to fund the wall, the government will remain shut down. However, now those on food stamps are probably feeling some concerns. There are about 38 million people currently receiving food stamps and they could all be cut off, forcing them to have to budget like the rest of us. Even though the government has been shut down, the Department of Agriculture still has some existing financial resources at their disposal, and they are assuring us that those enrolled in the food stamp program will still receive their benefits “for January,” reported The End of The American Dream.

The shutdown has been dragging on for a week now, and government workers are furious as they go without pay.  (Because their employer, who is $21 trillion in debt is so great at handling money, to begin with). Because the mainstream media continues to blame Trump for the shutdown, Democrats believe they have some kind of leverage, however, poor coverage in the media has never slowed Trump down when he gets an idea.  In fact, he’s now responsible for more gun control than his uber-liberal predecessor, Barack Obama.

We could very well experience what it is like for people to not get their food stamp money on the first of February.  There is no frame of reference for what will happen, although some have suggested people will pick up part-time jobs, others say extreme measures will be undertaken and civil unrest could occur. Right now, it’s anyone’s guess…