Trump To Democrats: The Government Remains Shutdown Until The Border Wall Is Funded 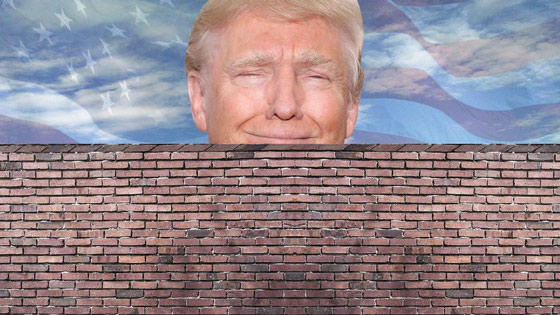 President Donald Trump didn’t mince words when he declared that the government will remain partially shut down until his long desired dream of a border wall is funded. Democrats, however, still remain opposed to approving additional funding for a border wall as part of a new government spending package.

So who will budge first? We all know the government is far too power hungry to permanently shut itself down, so at some point, the Democrats will cave, or Trump will decide the wall isn’t all that important. According to Fox News, Trump, while speaking to reporters Tuesday in the Oval Office during the fourth day of the impasse, also revealed that he will be going to the border in Texas for a “groundbreaking” ceremony for a portion of the [border wall] project at the end of January.

“While we’re fighting over funding, we’re also building, and it’s my hope to have this done, completed, all 500 to 550 miles, to have it either renovated or brand new by Election Day,” Trump said.  The White House also warned over the weekend that the shutdown standoff could extend into the new year, and Trump on Tuesday made clear he’s not planning to budge either. “I can’t tell you when the government is going to be open,” Trump said. “I can tell you it’s not going to be open until we have a wall, a fence, whatever they want to call it,” he added as reported by Fox News. “It’s a barrier from people pouring into our country. It’s a barrier from drugs.”

Trump went on to insist that a border wall would be effective in keeping illegal immigrants from entering the U.S. “There may be a case of an Olympic champion who may get over the wall, but for the most part, you’re not going to be able to do it,” Trump quipped.

Several Cabinet departments and agencies have been closed since Saturday after their funding lapsed. Trump excused federal employees from work on Monday and Christmas is a federal holiday, meaning the public [those who actually need the state to control their lives] could begin to notice the shutdown’s effects on Wednesday. Some 800,000 federal workers must either work without pay for the time being or stay home and wait to be paid later.