CHICAGO — A California man who traveled to Syria to take up arms with terrorists pleaded guilty today in federal court in Chicago to providing material support to a foreign terrorist organization and lying to U.S. immigration authorities.

AWS MOHAMMED YOUNIS AL-JAYAB, 25, of Sacramento, Calif., pleaded guilty to one count of providing material support to a foreign terrorist organization, and one count of knowingly providing a materially false statement to federal agents in a matter involving international terrorism.  The material support charge is punishable by up to 15 years in prison, while the false statement charge is punishable by up to eight years.  U.S. District Judge Sara L. Ellis set sentencing for April 26, 2019, at 11:00 a.m., in federal court in Chicago. 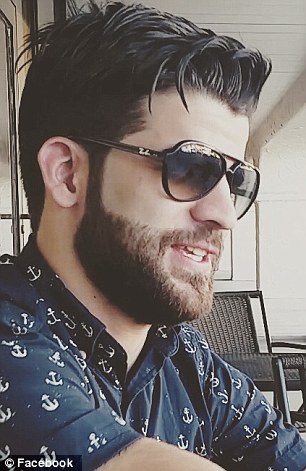 The guilty plea was announced by John R. Lausch, Jr., United States Attorney for the Northern District of Illinois; McGregor Scott, United States Attorney for the Eastern District of California; John C. Demers, Assistant Attorney General for National Security; Jeffrey S. Sallet, Special Agent-in-Charge of the Chicago office of the Federal Bureau of Investigation; and Sean Ragan, Special Agent-in-Charge of the Sacramento office of the FBI.  The government is represented by Assistant U.S. Attorneys Barry Jonas and Shoba Pillay of the Northern District of Illinois, Assistant U.S. Attorney Heiko P. Coppola of the Eastern District of California, and Trial Attorney D. Andrew Sigler of the National Security Division’s Counterterrorism Section.

The investigation was led by the Sacramento Joint Terrorism Task Force, which is comprised of FBI special agents and representatives from federal, state and local law enforcement agencies.

Al-Jayab admitted in a plea agreement that he flew from Chicago to Turkey in November 2013, and soon thereafter traveled into Syria, where he joined and fought with the designated foreign terrorist organization Ansar Al-Islam.  He returned to the United States in January 2014, via Turkey and the United Kingdom.  Upon his return in the United States, Al-Jayab’s Customs Declaration Form listed only Jordan and the U.K. in the “countries visited” field, without making any mention of his travel to Turkey and Syria, the plea agreement states.

Al-Jayab also admitted that he gave false statements to agents from the U.S. Citizenship and Immigration Services during an interview in October 2014.  During the interview, Al-Jayab falsely stated that the purpose of his trip to Turkey was to visit his grandmother, and he denied supporting terrorist groups, the plea agreement states.