The folks who make up the migrant army heading for our southern border has turned down an offer to stay in Mexico and get benefits, declaring they’re heading for the USA and won’t be deterred:

Several thousand Central American migrants turned down a Mexican offer of benefits if they applied for refugee status and stayed in the country’s two southernmost states, vowing to set out before dawn Saturday to continue their long trek toward the U.S. border.

Mexican President Enrique Pena Nieto announced what he called the “You are at home” plan, offering shelter, medical attention, schooling and jobs to Central Americans in Chiapas and Oaxaca states if they applied, calling it a first step toward permanent refugee status. Authorities said more than 1,700 had already applied for refugee status.

But after one of the caravan’s longest days of walking and hanging from passing trucks, the bulk of the migrants were boisterous Friday evening in their refusal to accept anything less than safe passage to the U.S. border.

“Thank you!” they yelled as they voted to reject the offer in a show of hands in the town of Arriaga. They then added: “No, we’re heading north!”

Well this now seals the deal.

These folks are NOT looking for a better life, they’re clearly an invading force that won’t be deterred.

President Trump should now treat them as such, and show no mercy in doing so.

Here’s what will happen once they reach our border:

If the group reaches the border, they are likely to encounter one of two outcomes: Sluggish bureaucracy or hard-line enforcement.

On Friday, the Pentagon approved a request for additional troops at the southern border, likely to total several hundred, to help the U.S. Border Patrol as Mr. Trump seeks to transform concerns about immigration and the caravan into electoral gains in the Nov. 6 midterms.

Defense Secretary Jim Mattis signed off on the request for help from the Department of Homeland Security and authorized the military staff to work out details such as the size, composition and estimated cost of the deployments, according to a U.S. official who spoke on condition of anonymity to The Associated Press discuss planning that has not yet been publicly announced. 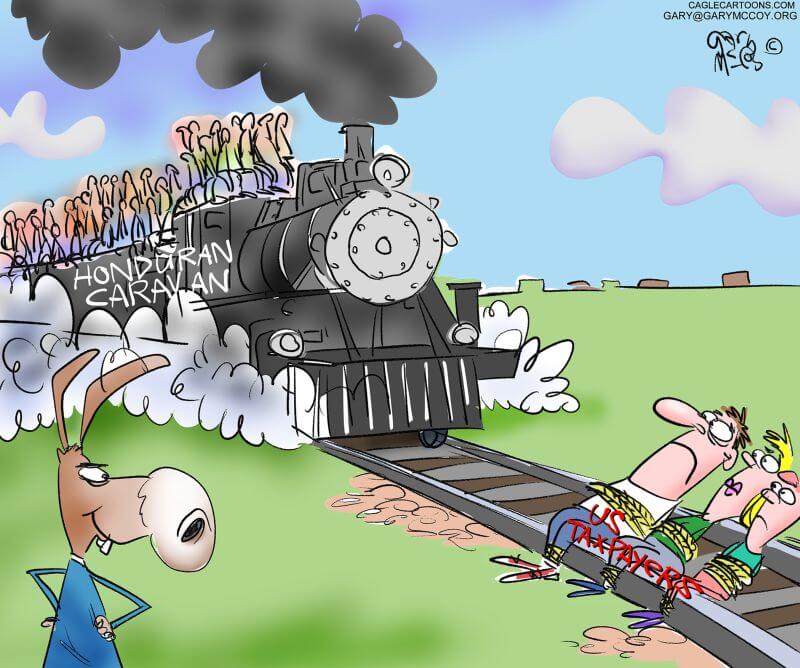 Once again, this says it all!

This group must NEVER be allowed within a hundred miles of our border.