A former Honduran lawmaker traveling with a caravan of migrants heading toward the U.S.-Mexico border was detained by authorities in Guatemala on Tuesday as President Trump threatened to arrest anyone entering the country illegally, Fox News reports.

Ex-legislator Bartolo Fuentes, who is said to have organized the march, was detained by Guatemalan authorities after failing to register with migration officials upon entering the country.  Wilmer Simon Gomez and Michael Fajardo were among two others detained from the migrant group. 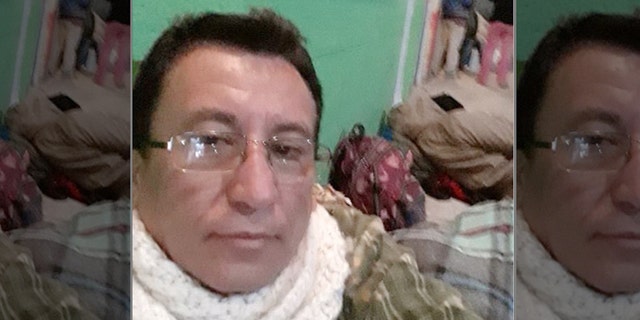 In this photo of April 14 Bartolo Fuentes take a rest in Tultiplan, Mexico. Fuentes accompanied Honduras migrants in the last Migrants Caravan. (Facebook)

The caravan of illegals, is about 2,000 migrants, President Trump addressed the issue with doubling down on threats to cut off aid to Honduras if the mass migration continues.

“We have today informed the countries of Honduras, Guatemala and El Salvador that if they allow their citizens, or others, to journey through their borders and up to the United States, with the intention of entering our country illegally, all payments made to them will STOP (END)!”

We have today informed the countries of Honduras, Guatemala and El Salvador that if they allow their citizens, or others, to journey through their borders and up to the United States, with the intention of entering our country illegally, all payments made to them will STOP (END)!

The President also sent out a direct warning that any illegals that attempt to cross into the United States will be detained and sent back:

Anybody entering the United States illegally will be arrested and detained, prior to being sent back to their country!

The Honduran Foreign Ministry called on its citizens not to join the group. The government “urges the Hondurans taking part in this irregular mobilization not to be used by a movement that is clearly political,” it said.

The caravan continues on their journey towards the United States.

*ATTENTION! FACEBOOK HAS JUST DELETED ALL OF OUR PAGES INCLUDING NATION IN DISTRESS AND AMERICAS FREEDOM FIGHTERS FOR ABSOLUTELY NO REASON BUT FOR THE FACT THAT WE ARE PRO TRUMP, PRO MILITARY, PRO LEO AND WE ARE NOT LIBERAL/SOCIALISTS. THEY DELETED 559 PAGES AND 251 ACCOUNTS RIGHT BEFORE THE ELECTIONS AND THIS IS JUST THE BEGINNING. SPREAD THE NEWS. THIS JUST HAPPENED AND AS A RESULT THEY HAVE PUT THOUSANDS OF PEOPLE AND VETERANS OUT OF WORK. SPREAD THE WORD! THANK YOU.

THIS IS A DIRECT AND TARGETED ATTACK BY FACEBOOK AGAINST CONSERVATIVE NEWS OUTLETS.

Be the first to comment on "BREAKING: Leader Of Massive Caravan Of Illegals ARRESTED!"