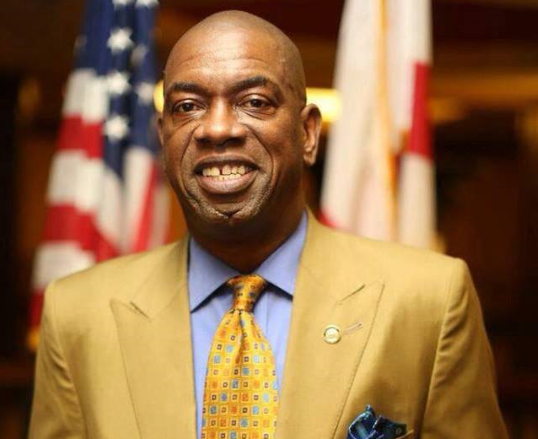 The government filed a motion asking the judge to depart downward from the guidelines sentencing recommendation of 51 to 63 months in prison because of Robinson’s substantial assistance, including trial testimony, in the government’s prosecution of his co-defendants. Prosecutors recommended the 33-month sentence.

“Robinson betrayed his constituents and neighbors in north Birmingham and Tarrant, selling his elected office to special interests for personal profit. An elected official can scarcely commit a more egregious crime,” Town said. “This former state legislator will never again hold elected office and he will spend the next three years of his life in federal prison.”

“Individuals in a position of public trust must be held accountable when that trust is violated,” Sharp said. “Today, the court is holding Mr. Robinson accountable. Citizens can rest assured knowing that the FBI and our partners will continue to be there to bring those who violate that trust to the bar of justice.”

“Elected government officials should be held to a higher ethical standard and it was obvious that Robinson chose greed over doing the honest thing,” Holloman said. “IRS-CI will continue to put resources on these public corruption investigations in an effort to clean up dirty politics.”

Robinson represented Alabama’s House District 58 from 1998 until he resigned Nov. 30, 2016. He sold his influence as a state legislator to Gilbert and Roberson to aid Balch & Bingham and its client, Drummond, in opposing the Environmental Protection Agency’s efforts to prioritize and expand a Superfund site near Robinson’s legislative district.

EPA had designated an area of north Birmingham, including the neighborhoods of Harriman Park, Fairmont and Collegeville, as the 35th Avenue Superfund Site after finding elevated levels of arsenic, lead and benzo(a)pyrene during soil sampling. In September 2013, EPA notified five companies, including Drummond-owned ABC Coke, that they could potentially be responsible for the pollution. Such a finding could have cost the company tens of millions of dollars in cleanup costs and fines.

According to evidence at trial, Gilbert and Roberson were intent on protecting ABC Coke and Drummond from the tremendous potential costs associated with being held responsible for pollution at the site. They began working to prevent the site’s placement on EPA’s National Priorities List or its expansion into Tarrant or Inglenook. Their plan included advising public officials and residents of north Birmingham to oppose EPA’s actions.

Gilbert and Roberson bribed Robinson with a $375,000 contract paid to him through his non-profit Oliver Robinson Foundation over two years. In return, Robinson made a variety of official acts to support their agenda for Balch and Drummond, according to the government’s sentencing memorandum. Those acts included advocating the Balch and Drummond position in a meeting with the EPA, using talking points drafted by Gilbert and secretly recording the meeting. Robinson also made comments to the Alabama Environmental Management Commission, which oversees the Alabama Department of Environmental Management, urging the commission and the ADEM director to help narrow the list of parties potentially responsible for the Superfund site cleanup. Robinson also voted in the Alabama House of Representatives Rules Committee on a resolution, drafted by Gilbert, opposing the EPA’s efforts in north Birmingham. Robinson always concealed his financial relationship with Balch and Drummond, as required in his contract with Gilbert and Roberson.

Be the first to comment on "BREAKING: Democratic State Representative Just Sent To PRISON By Federal Judge"