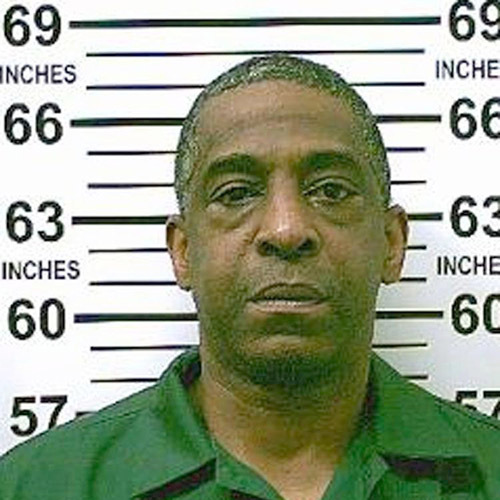 Geoffrey S. Berman, the United States Attorney for the Southern District of New York, announced that CARSON MORRIS, a former New York State Correction Officer, was sentenced yesterday by U.S. District Judge Kenneth M. Karas to 40 months in prison for the November 12, 2013, beating of Kevin Moore, a 54-year-old inmate at the Downstate Correctional Facility in Fishkill, New York, and for falsifying records to cover up the beating.

MORRIS pled guilty on November 1, 2017, to assaulting Moore in violation of Moore’s rights under the United States Constitution by repeatedly striking him as he lay restrained on the floor.  Moore was hospitalized for approximately two weeks with multiple serious injuries from the beating, including facial bone fractures, five broken ribs, and a collapsed lung.  MORRIS also pled guilty to conspiring to violate Moore’s civil rights, as well as to falsifying and conspiring to falsify Department of Corrections and Community Supervision (“DOCCS”) records concerning the assault.

Manhattan U.S. Attorney Geoffrey S. Berman said:  “Carson Morris participated in a brutal gang-style assault of inmate Kevin Moore, who lay defenseless on the prison floor begging for mercy.  Morris and other officers then made up a false cover story to hide what they did, repeatedly lying in Corrections Department records and even creating a phony injury.  All American citizens, including prisoners, are protected by the Constitution.  Correction officers are not above the law, and when they beat inmates in their custody and lie about it, they are criminals and will be punished as criminals.”

Four other former New York State Correction Officers were charged in connection with the assault and cover-up.  On November 20, 2017, Kathy Scott and George Santiago Jr. were convicted following a two-week jury trial of violating and conspiring to violate Moore’s Constitutional rights by repeatedly kicking and punching him as he law restrained on the floor; as well as falsifying and conspiring to falsify records in an attempt to cover up the beating.  On July 21, 2018, Judge Karas sentenced Scott, who was a sergeant and the commanding officer on the scene, to 100 months in prison, and Santiago to 87 months in prison.  Former Correction Officers Andrew Lowery and Donald Cosman pled guilty to the same charges pursuant to cooperation agreements with the United States on July 27, 2016, and August 31, 2016, respectively.  On July 25, 2018, U.S. District Judge Nelson S. Román sentenced Lowery to a three-year term of supervised release.  Cosman’s sentencing has not yet been scheduled.

According to the evidence introduced at trial:

On November 12, 2013, Kevin Moore, then 54 years old, was brought to the 1D Housing Unit at Downstate Correctional Facility to be housed overnight.  Moore objected to his cell assignment and a verbal dispute ensued between Moore and a group of corrections officers.  After Moore yelled, in sum and substance, “I’m a monster,” multiple officers, including MORRIS, forced Moore to the floor, restrained him, and then proceeded to assault Moore as he lay there, repeatedly punching and kicking Moore in the head and body.  At no time did Moore ever try to attack, touch, or even make a threatening gesture toward any of the officers.  While Moore lay defenseless on the floor, MORRIS repeatedly kneed, punched, and kicked Moore in the torso.  Santiago, who was wearing boots, delivered a soccer-style kick to Moore’s face and continued to strike Moore after Moore was handcuffed.  During the beating, Santiago laughed and taunted Moore, yelling “Who’s the monster now.”

Scott, who was a sergeant and the supervising officer on the scene, was present for the entire beating and was legally required to stop the excessive force being used by her subordinates.  Instead of taking action to stop the unlawful violence, Scott encouraged it, ordering an officer to hold Moore down on the floor while other officers, including MORRIS, continued to knee, kick, and punch him.  During the beating, Moore repeatedly cried out in pain and begged the officers to stop hurting him.

Immediately after the beating, MORRIS and other officers, led by Scott, engaged in an elaborate cover-up of the crime they had committed.  They made up a false cover story that Moore had attacked Cosman and that MORRIS had to strike Moore once in the head to save his fellow officer.  To make this lie believable, the officers claimed that Moore had injured Cosman’s back by pushing him backward onto a table.  But because nothing of the sort had occurred, they created a phony injury.  Specifically, Santiago hit Cosman repeatedly on the back with a baton, MORRIS rubbed the area with his hand to make the baton marks look worse, and Scott photographed the fake injury.  Scott then prepared a false Use of Force Report describing the incident and incorporating the photos and false statements from herself and other officers, including MORRIS, and submitted the false report to her superiors.  Scott, Santiago, and MORRIS also pressured other officers to lie to investigators about what had occurred.

Moore was severely injured, suffering multiple facial fractures, five broken ribs, and a collapsed lung, among other injuries.  According to the medical evidence, Moore received at least four forceful blows to the face and torso, including one crushing strike to the right eye that was consistent with a kick from a boot.

MORRIS, 33 of Coconut Creek, Florida, was sentenced to 40 months in prison and one year of supervised release.  MORRIS must surrender to the custody of the Bureau of Prisons on December 10, 2018.

This case is being handled by the Office’s Civil Rights Unit and the White Plains Division.  Assistant U.S. Attorneys Andrew Dember and Pierre Armand are in charge of the prosecution.

Be the first to comment on "BREAKING- NYC Prison Guard Sentenced To PRISON… LOOK What He Did!"