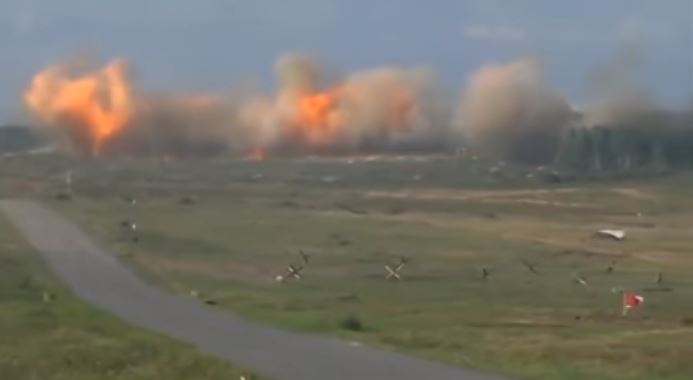 Russia’s prime minister said Tuesday in a harsh warning to the West that any attempt by NATO to incorporate the former Soviet republic of Georgia could trigger a new, “horrible” conflict.

Dmitry Medvedev said that NATO’s plans to recruit Georgia are “absolutely irresponsible” and a “threat to peace.”

Medvedev was Russia’s president during the August 2008 war, which erupted when Georgian troops tried unsuccessfully to regain control over the Moscow-backed breakaway province of South Ossetia and Russia sent troops that routed the Georgian military in five days of fighting, Fox News reported.

“Whatever our colleagues from the alliance may say, NATO countries see Russia as a potential enemy.  There is an unresolved territorial conflict … and would they bring such a country into the military alliance? Do they understand the possible implications? It could provoke a horrible conflict. We can’t help getting worried when the circle around our country keeps narrowing as more and more countries join NATO. NATO’s expansion clearly poses a threat to the Russian Federation.” ~ Dmitry Medvedev

Russian forces still remained garrisoned in Georgian territory, South Ossetia and Abkhazia, which Moscow claims it is the local people’s wishes that they remain. However, Georgia government says it is an illegal occupation of territory.

“This (Georgia’s entry to NATO) could provoke a terrible conflict. I don’t understand what they are doing this for,” Medvedev told Russia’s Kommersant newspaper in an interview.

NATO leaders discussed ties with Georgia at their summit in Brussels in July, a move Medvedev, who was president when Russian and Georgian forces clashed in 2008, condemned.

“As for the recent NATO decision reaffirming its commitment to eventually admit Georgia, what can I say to this? It is an absolutely irresponsible position and a threat to peace,” said Medvedev.